In the future people with high blood pressure may be reaching into their pocket for a couple of squares of, get this, chocolate!
Joe Schwarcz | 20 Mar 2017

In the future people with high blood pressure may be reaching into their pocket for a couple of squares of, get this, chocolate! And furthermore, they may be able to carry the chocolate in their pocket without worrying about it melting. Food marketing is highly competitive and companies are always looking for an edge. How do you distinguish your product from the myriad others that clamor for the consumer’s attention? The current trend is to convert the food into a nutraceutical, or a quasi drug. Nutraceuticals, or functional foods as they are also called, feature some effect that is beyond ordinary nutrition. Like the ability to lower blood pressure. Given that hypertension is a huge problem for a large segment of the population, such a claim is sure to excite consumers. In recent years evidence has been slowly mounting that there may indeed be naturally occurring compounds in chocolate that can lower blood pressure. And now we have an intriguing study from Spain that has managed to quantify this effect. The only problem is that the study was done on rats. Nevertheless it is an interesting study because rats are known to respond to anti- hypertension drugs in a fashion similar to humans. Captopril, a common drug used to lower blood pressure in people, also works in rats, and was used as the standard of comparison in the Spanish study. As for the chocolate, well it wasn’t ordinary chocolate. The researchers used a variety that was processed to be enriched in procyanidins, compounds that fall into the family of flavonoids, the very ones believed to be responsible for the health benefits of chocolates. Varying doses of the enriched cocoa powder were tested both on rats with normal blood pressure and on a breed that had high blood pressure. At a dose of 300 mg per kg of body weight there was a significant reduction, but only in the animals that had elevated pressure. And the reduction was not trivial, up to 60 mm Hg in systolic and 50 in the diastolic pressure. The healthy animals were unaffected. What does this mean in human terms? Based on the rat data, eating about 25 grams of the enriched chocolate a day would reduce blood pressure in a meaningful way. But of course human studies are needed to corroborate the animal data.

If people start carrying the special chocolate around to snack on, how will they keep it from melting in the pocket or purse? That problem has plagued researchers ever since the Second World War when American soldiers complained of chocolates in their battle rations melting and messing up their hands. Their fingers would slide of the trigger, they claimed. Now researchers at chocolate maker Barry Callebaut may have found the Holy Grail. They have created a chocolate bar that resists melting up to about 50 degrees Celsius, tentatively called “Vulcano.” No more sticky pockets or messy car seats! How did they do it? As one might expect, it is a trade secret. But the clue is that the chocolate only melts when put in the mouth. This suggests that an enzyme, salivary amylase, plays a role. If the chocolate was hardened by the addition of some sort of starch, then its breakdown by amylase would account for the melting in the mouth. But for now all this is conjecture. Chocolate has not been shown to reliably lower blood pressure in humans and the heat resistant chocolate has not been commercialized. But that should not deter anyone from enjoying a couple of squares of 70% cocoa chocolate for dessert.

You Don’t Need To Bleach, X-Ray, Or Inspect Your Kids’ Candy This Halloween (But You Do Need To Wear A Mask)

The Right Chemistry: Snakes and Medicine 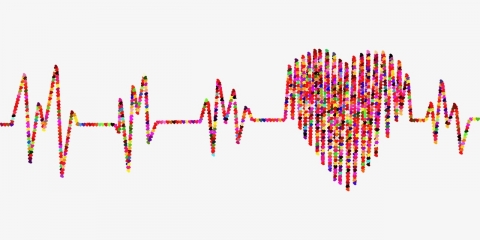 The "Chemical of Love"

My Dog Ate Chocolate and He Was Fine, so What’s the Big Deal?

Are there health benefits to tart cherry juice?