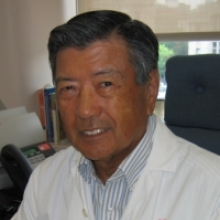 Vancouverite Henry Shibata (FACS, FRCS(C)) moved to Japan after World War II, graduated from the Hiroshima University School of Medicine in 1955 and spent a year at the Hiroshima Atomic Bomb Casualty Commission. In 1961, he came to Montreal and completed his training at the Royal Victoria Hospital before joining McGill. He co-founded McGill’s Melanoma Clinic in 1972 and founded Canada’s first training program in general surgical oncology in 1978. Shibata was founding president of the Canadian Society of Surgical Oncology. In 2002, the Government of Japan awarded him with the Order of the Sacred Treasure, Gold Rays with Rosette medal.