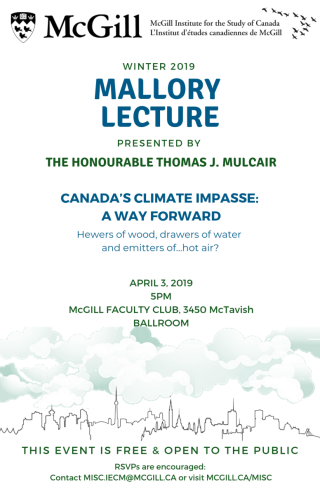 Canadians consistently state that environmental issues, including action on climate change, are a priority for them. Canadian governments consistently fail to meet our international obligations to reduce greenhouse gas emissions, despite that expressed support. Do Canadians believe, in their heart of hearts, that our natural resources are the foundation of our economy and that limiting their extraction could curb our standard of living? Have they bought into the argument that a price on carbon is a « tax on everything », dooming any serious effort to reduce fossil fuel use in Canada?

All recent Canadian governments knew about the urgent need to prioritize the climate, and probably shared some of that anxiety. However, while they took very different paths, all arrived at the same result: increased GHG production in Canada. Did Stephen Harper really believe that Kyoto was a « socialist plot »? When Justin Trudeau proclaimed « Canada is back » at the Paris climate conference, how could Canadians know that he was back with Stephen Harper's plan, targets and timeline? Does Maxime Bernier really believe that CO2 is just plant food and therefore cannot be considered pollution? Why is the NDP opposed to oil pipelines as a matter of principle but in favour of gas pipelines? Some provinces have shown serious determination to act but those efforts are easily turned back by a change of government, as was recently seen in Ontario. From the Green Shift to Canada’s withdrawal from Kyoto, we’ve faced promises, smiles and scowls, but little has changed. We are still world-class bluffers and laggards when it comes to actually dealing with climate change.

This is less about left versus right than it is about what works and what doesn’t work. It makes no objective sense to claim that in order to have a plan to reduce GHG’s in Canada, we have to build a larger Kinder Morgan pipeline, yet that is what the Federal and Alberta Governments continue to pretend. It just doesn’t work. 2030 is just around the corner and non-partisan sources, such as Canada’s Commissioner for Environment and Sustainable Development, are clear that we currently have no plan to allow us to meet our targets. The numbers from oil and gas continue to bedevil even the most ardent. Yet, there is still lots of low-hanging fruit. Canada has millions of houses and larger buildings heated with oil and natural gas. As electricity sources green-up, a massive retrofit program, such as the one proposed by Montreal mayor Valerie Plante, could easily cut across partisan and jurisdictional lines. Electrification of transport is also right on the horizon and only needs a concerted push to be taken to the next level. There are new ideas as well, that could help with the necessary paradigm shift. Two journeymen U.S. politicians, Republicans James Baker and George Shultz have a detailed proposal for a carbon tax with rebates that deserves a serious look. As U.S. oil and gas companies face lawsuits from New York City and California - which will make the tobacco settlements pale in comparison-, it’s understandable why there is sudden pressure in the boardroom to do the right thing.

Over the last year a series of alarming reports, from the IPCC, from the WWF, from the COP25 in Poland have attracted attention and convinced more and more people that the world is facing a real crisis. Physical pollution from pesticides and industry that launched the modern environmental movement in the sixties was visible, palpable. The public knew it was real. Climate change has been trickier but tragically, there is no more denying increased forest fires, drought, famine and flooding. It’s real and we owe it to ourselves and to God’s creation to act. In Canada, most discussion to date has been about means and not about results. Starting with the obligation of result, mandated by our international agreements, is there a credible way forward or will we keep blowing hot air? It really depends on what type of world we want to leave to our kids. Ask them.

RSVP to secure your spot by emailing us at misc.iecm [at] mcgill.ca (subject: Winter%202019%20Eakin%20Lecture%20RSVP) or signing up via Eventbrite.