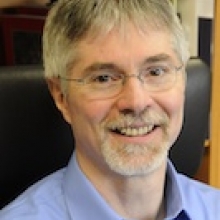 Roles of CUX1 proteins in DNA damage responses and the resistance of cancer cells to radiotherapy and chemotherapy
Dr. Nepveu’s laboratory studies the regulation of transcription in mammalian cells and, in particular, the roles of transcription factors in DNA damage responses. We combine a vast array of molecular biology and functional genomic approaches together with tissue culture and mouse models to investigate how alterations in DNA repair and DNA damage responses contribute to the initiation and progression of cancer. We study how defects in DNA repair can contribute to tumor initiation and how certain cancer cells become dependent on specific DNA repair pathways. It is generally accepted that defects in DNA repair, whether transient or permanent, contribute to tumor development and progression. Yet, to replicate their DNA and proliferate, cancer cells need DNA repair mechanisms, perhaps even more so than normal cells. Moreover, efficient DNA repair mechanisms can enable cancer cells to resist radiotherapy and chemotherapy. We are entering a new era of cancer research in which patients will be stratified for appropriate therapy on the basis of their DNA repair status, rather than on the tissue of origin, and where combination treatments will include DNA repair inhibitors. The goal of our work is to use the acquired knowledge to exacerbate the sensitivity of cancer cells to radiotherapy and specific chemotherapeutic treatments.

In particular, we investigate the molecular and cellular functions of the Cut homeobox 1 (CUX1) gene, a haploinsufficient tumour suppressor gene that is often amplified and overexpressed in advanced cancer. We study which molecular functions of CUX1 protect against cancer and which molecular functions are associated with tumour progression. CUX1 codes for several protein isoforms. Some CUX1 isoforms function as transcriptional activators or repressors, depending on promoter context. Transcriptional activities of CUX1 promote cell cycle progression, DNA replication and DNA damage responses. Another CUX1 isoform which is very abundant functions as an accessory factor in DNA repair and stimulates the efficiency of base excision repair. While this activity in DNA repair protects normal cells against DNA damage and mutations, increased expression of this isoform in cancer cells contributes to their resistance to radiotherapy and chemotherapy. In contrast, knockdown of CUX1 expression sensitizes cancer cells to treatments. We are in the process of identifying drugs that inhibit the DNA repair functions of CUX1 with the aim of sensitizing cancer cells to treatments.