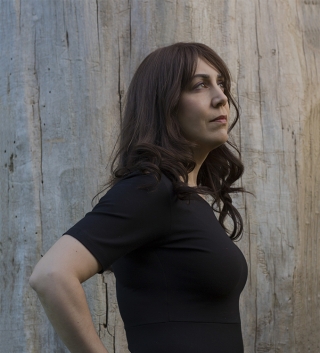 Nyla Matuk and Derek Webster will give a reading of new and selected poems, in conversation with Professor Eli MacLaren.

Nyla Matuk is the author of two collections poetry: Sumptuary Laws (2012) and Stranger (2016), and a chapbook, Oneiric (2009). Her poems have appeared in a number of magazines and literary journals in Canada, the U.S. and the U.K., including The New Yorker, Poetry, PN Review, Arc Poetry Magazine, The Walrus, Canadian Notes and Queries, and The Literary Review of Canada. Her work has been anthologized in The Best Canadian Poetry in English 2012 (published by Tightrope Books) and New Poetries VI, published by Carcanet Press in the U.K. Poems were shortlisted for the 2012 Walrus Poetry Prize and Sumptuary Laws was nominated for the League of Canadian Poets’ Gerald Lampert Memorial Award for a best first book of poetry.

Derek Webster is the author of Mockingbird, finalist for the 2016 Gerald Lampert Award for best first book of poems in Canada. He received an MFA from Washington University in St. Louis and is the founding editor of Maisonneuve magazine. His poems and prose have appeared in numerous publications over the years including Boston Review, The Malahat Review, The Walrus and The Globe & Mail. He lives in Montreal.

Eli MacLaren teaches Canadian literature and the history of the book in the Department of English at McGill University. From 2012 to 2017 he was the editor of the scholarly journal, Papers of the Bibliographical Society of Canada. His next book will be a history of the Ryerson Poetry Chap-Books, edited by Lorne Pierce of Toronto from 1925 to 1960.