We asked the recipients of the 2022 ARIA internships to document their research journeys.
Hwaan Han | 10 Nov 2022

One of the reasons I study drama is because I am fascinated by the stories that so many plays tell of people—about identity and relationships; conflicts and solidarity. As an international student who has lived in Montreal for just over a year and a half now, this internship was meaningful because I could dive into Quebec’s uniquely diverse culture and learn about its people through the lens of drama.

Reading plays written by black and LGBTQ+ playwrights, I indirectly witnessed some of the experiences of the black and queer communities in Quebec, which dealt with not only universal struggles of racism and homophobia but also problems specific to Quebec (e.g., the double discrimination of black anglophones against the white francophone majority).

Over the summer, a big part of my tasks involved scanning and organizing plays from the archives of theatre companies (Infinitheatre and Black Theatre Workshop) and reading a selection of these plays whose analytical information I entered into a database dedicated to the research project. Many of the plays I scanned and read had never been published or produced, and being able to unearth such works was very exciting. Carrying out this task, I understood the importance of research which allows forgotten works to be brought into the light and their arguments recognized. I realized that drama research does much more than contribute original knowledge to its field—it influences how we perceive the past.

An ongoing part of Prof. Hurley’s research is the mapping project, which seeks to connect first-person stories to their locations about what did or did not happen in the English-language Montreal theatre scene. During one of the meetings with the guests who were invited to tell their stories, we encountered the challenge of being sensitive about grouping people together. Listening to a participant’s lived experience of discrimination within a community they should have been able to call theirs, I learned about the complexity of internal struggles of a community and the absolute necessity of being sensitive when bringing people together. As part of the mapping project, Prof. Hurley and I interviewed Fleurette Fernando and Osei Alleyne, two creators of a ground-breaking show by the Black Theatre Workshop entitled The Children of Kush Arising (1995). It was an enriching experience to learn about the collective process of the show’s creation, its genesis story, and its message to the audience. Another task I took on was searching digital newspaper databases for information about female founders of English-language Quebec theatres. In addition, Prof. Hurley interviewed Mr. George Kinloch, from whom she collected materials about the Mountain Playhouse founded by Joy Thompson, where Mr. Kinloch was involved. Relying on such primary sources to gather information was a new way of learning that I experienced.

For the last part of my ARIA internship, I focused on English-language queer drama in Quebec. Before jumping into reading queer plays, I familiarized myself with the field by reading secondary literature on queer performance recommended by my professor. I was extremely lucky because while I was reading these books, many queer events were taking place in Montreal. I attended the Juste Pour Rire comedy show “Extravaganza!” and several drag shows organized by Fierté Montréal as part of this year’s Pride festival. Being able to observe what I had read in real life was very exciting.

ARIA truly broadened my horizon on the world of Academia and taught me that research could be much more creative and dynamic than I thought. ARIA has not only strengthened, but also encouraged my passion for research. 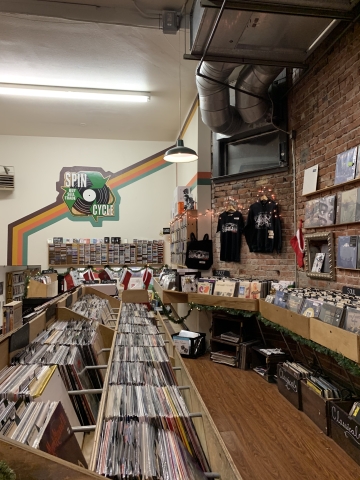 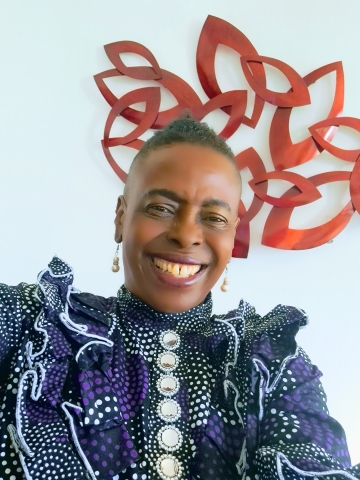 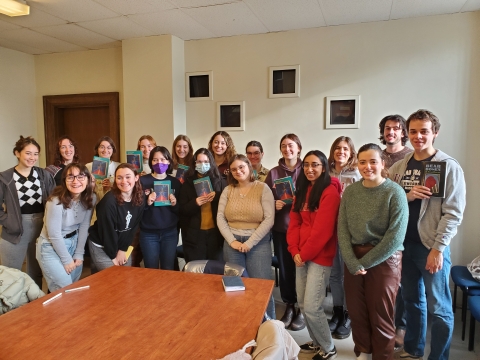 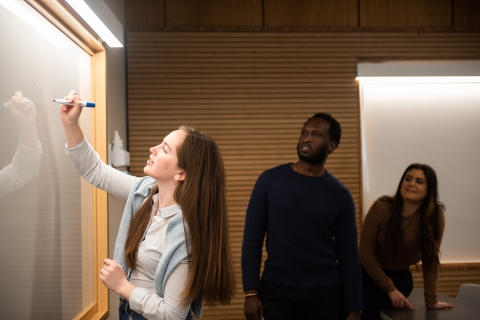 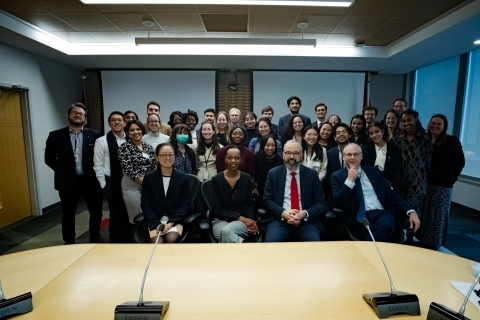