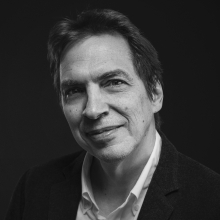 Martin Bressani is William Macdonald Professor and Director at McGill University’s Peter G-h Fu School of Architecture. He holds a professional architecture degree from McGill University, a Masters degree in the History and Theory of architecture from M.I.T, and a Ph.D. in Art History from the Université de Paris-Sorbonne (Paris IV). He has held visiting professorships at M.I.T, Cornell University, and Syracuse University and was a fellow at the Study Centre of the Canadian Centre for Architecture in 2003. He has published in many of the topical forums for architectural debates and in scholarly journals. He is the author of a monograph on 19th-century French neo-gothic architect Eugène-Emmanuel Viollet-le-Duc, Architecture and the Historical Imagination: Eugène-Emmanuel Viollet-le-Duc (Ashgate, 2014), and co-editor of Gothic Revival Worldwide. A.W.N. Pugin’s Global Influence (Leuven University Press, 2017), The Companions to the History of Architecture – Nineteenth-Century Architecture (Wiley Blackwell, 2017), and, still in progress, World Histories of Architecture: The Emergence of a New Genre in the Nineteenth Century, under contract with MIT Press.

Bressani's central theme of research has been the way architectural thought and practice relates to historical change and how it engages with the past. He investigates historicism, nationalism, and race in architecture. He is also interested in the rise of a sensibility to ambiance, atmosphere, and aerial phenomena in modern architecture, in order to further our understanding of the concept of environment in its historical complexity. Though he has covered many historical periods and geographical areas, his privileged domain of study is French and British eighteenth and nineteenth-century architecture.