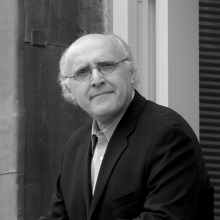 Avi Friedman began his architectural studies at the Politecnico di Milano in Italy, received his Bachelor of Architecture from the Technion - Israel Institute of Technology in 1980 (first in class/cum laude) and his Master of Architecture from McGill University in Montréal. Between 1982 and 1984, Dr. Friedman worked as head of design for a homebuilding firm in Montréal. He received his Doctorate in 1987 from the Université de Montréal. In 1988 he co-founded the Affordable Homes Program at the McGill School of Architecture, where he is a Professor.

Dr. Friedman’s research interests focus on factors which influence the design and implementation of affordable and sustainable building practices at the unit and community levels, including market acceptance, construction, and resource efficiency. He is the recipient of several research

awards.pdf, including the Progressive Architecture Research Award, the J.-Armand-Bombardier Prize for Technological Innovation, and the Manning Innovation Award of Distinction.

Avi Friedman has published extensively in both academic and trade publications. He has

conference_papers.pdf on subjects ranging from construction technology to suburban planning and space management, for academic journals and conferences. Dr. Friedman is a member of the editorial board of architectural journals and authored

research_monographs.pdf and articles in trade publications in the U.S. and Canada. Since the year 2000, he has written a syndicated column called Forward Thinking for the Canwest chain of daily newspapers.

As part of his research, Avi Friedman has designed

housing_prototypes.pdf which were built as full-scale demonstration projects and were then constructed by homebuilders in the private sector around the world. The Grow Home (co-designed with Witold Rybczynski), a narrow-front rowhouse, received immense media attention and has since been built in numerous communities across North America and Europe. The Next Home, also the subject of much positive media scrutiny, was incorporated into the design of communities in Canada and the U.K. La Casa a la Carta, presented in Mexico, was designed for the developing world.

Dr. Friedman’s design work and projects have been cited in many books and have been covered extensively by

popular_media.pdf: on TV shows such as Good Morning America, Dream Builders and Stewart Brand’s How Buildings Learn (British Broadcasting Corporation), in magazines such as Popular Science, Architecture and Home, and in newspapers including The New York Times, Los Angeles Times and San Francisco Examiner. Avi Friedman has been invited to

speak_on_numerous_occasions.pdfat meetings of government officials, development authorities, university professors and students, homebuilders, architects and planners in locations as diverse as Dalian, Guadalajara, Prague, Las Vegas, Berlin and Haifa. He has received many awards for his design and teaching, including the American Institute of Architects Education Honors, the Association of Collegiate Schools of Architecture Collaborative Practice Award, and the prestigious Creative Achievement Award. In 1999 he received the

Dr. Friedman served as a member of many boards and committees in government and trade, including the National Advisory Council on Energy Efficiency for Natural Resources Canada, the National Housing Research Committee and Habitat for Humanity Canada’s President’s Circle. He has also served on the juries of design competitions.

Dr. Friedman is a member of the Order of Architects of Quebec and the principal of Avi Friedman Consultants, Inc. He heads up an architectural practice which designed numerous projects. His work has included conversion of industrial buildings to residential, urban renewal, private residences, and community planning. He has also consulted Canadian and U.S. cities and housing authorities on affordable housing initiatives.

In the year 2000 the international design magazine Wallpaper included Avi Friedman in its list of 10 people “most likely to change the way we live,” along with Ingvar Kamprad, founder of IKEA, and Sven Mattison, inventor of the Bluetooth computer chip. In the year 2004 he was referred to by Robert Scully, host of the television series The Innovators, as “the most influential housing innovator in the world.”

Avi Friedman lives in Montréal with his wife, Dr. Sorel Friedman, and his children, Paloma and Ben.