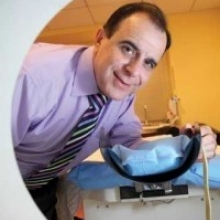 (2019) Honorary Doctorate, Medical School of the National and Kapodistrian University of Athens

(2007) Member of the American Academy of Arts and Sciences