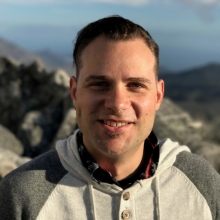 Professor Yann Allard-Tremblay obtained his PhD in philosophy from the universities of St Andrews and Stirling. He previously held postdoctoral research fellowships at the Centre for Research in Ethics of the University of Montréal and at the McGill Research Group on Constitutional Studies. Professor Allard-Tremblay is a member of the Huron-Wendat First Nation.

Professor Allard-Tremblay’s current research in political theory is focused on the decolonization and Indigenization of political theory. More specifically, he is interested in investigating ways in which existing mainstream concepts and methods in political theory may silence and distorts the thoughts and claims of Indigenous peoples. Professor Allard-Tremblay is also interested in investigating ways in which the political thoughts and claims of Indigenous peoples offer alternative ways to think about, and transform, political conduct and political concepts. His earlier research was concerned with epistemic theories of democracy. The current focus of his research is the result of a progressive turn to political pluralism.