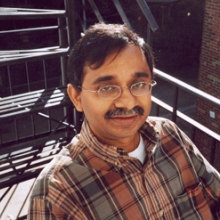 "Nation and Family takes on the divisions of culture and religion in India and explores how they have played out in an unlikely setting: the courts and laws that adjudicate and regulate family life. Subramanian reveals how the experiences and struggles of diverse groups in fashioning personal law shaped the national project and the very meaning of modernity. A masterful exploration of nation-formation."—Joel S. Migdal, Robert F. Philip Professor of International Studies, University of Washington

"With tremendous insight and fine scholarship, Subramanian traces the debates and advances in religious family law in India, but also places that story in a broad framework.” —John Bowen, Dunbar-Van Cleve Professor in Arts and Sciences, Washington University in Saint Louis

"Meticulously researched and cogently argued, Narendra Subramanian's Nation and Family is a welcome corrective to simplifications inherent in much postcolonial discourse on Indian secularism. It demonstrates that neither the persistence of colonial legal categories nor the alleged self-ghettoisation of religious minorities can explain postcolonial changes in personal law. In addition, it offers important comparative insights into relations among secularism, family law, and visions of national community in other postcolonial nation-states."

"Nation and Family takes a new approach to the study of religion-based personal laws, particularly in India . . . The most important contribution of this book is its exploration of the relationship between the nation and the family within the context of the consolidation of state authority in postcolonial countries . . . Nation and Family is a truly multifaceted work which will be of value not only to scholars of religion and politics, but also to those interested in political history, comparative history, and gender studies."

"Subramanian has generated [his] explanatory framework based on a magnificent summary of family laws and their evolution across . . . the Islamic world from Morocco to Indonesia in the second half of the twentieth century. I admired Subramanian's quiet rejection of both the area-specialist's tendency to explain fairly common trajectories in terms of the specificities of a particular area's history . . . and the political scientist's propensity for building evaluative models based on culturally specific ideal types. The study of case law is excellent and illuminating, as are the discussions regarding Muslim institutions and associations concerned with the study and development of classical Islamic jurisprudence [fiqh] and of the efforts to connect that tradition to modern Indian law. Subramanian's overall recommendation is for culturally sensitive legal reform, [which] looks both plausible and admirable."

— Comparative Studies in Society and History

"Subramanian's analysis of regional patterns of political mobilization is path breaking and sets a new standard for social science research. It presents political organization in geographical detail and brings to light for the first time generative political subcultures ... It supplements new scholarship in other disciplines and puts cultural studies in particular in new light. At a time when global media soak the public with essentialist images of collective identity and when cultural studies continues to hold fast to nationality as it travels transnationally, this book shows how sharp political analysis can put nationality aside to reveal critical histories that national histories hide ... Addressing political science, it begins and ends with eloquent arguments about how the study of Tamil Nadu might inflect theory and method in the discipline ... It challenges theory and method in area studies by treating Tamil Nadu as distinct from the Indian national system and by using political organization to explain social and cultural outcomes." – David Ludden, Professor of Political Economy and Globalization, New York University, Journal of Asian Studies

"A dazzling piece of scholarship ... certainly the most important work to date on the politics of Dravidianism and an original contribution to the study of Indian politics." - American Political Science Review

"An outstanding study of Dravidian politics, the first to do full justice to the complexities and nuances of the subject, and the standard reference work for years to come. Pioneers new approaches to the study of Indian politics and contributes valuable new insights into the comparative study of ethnicity, populism, pluralism and democracy. In its light, many conventional understandings of India's recent political history will have to be revised and dark forebodings about the future of Indian democracy rethought." - David Washbrook, Cambridge University