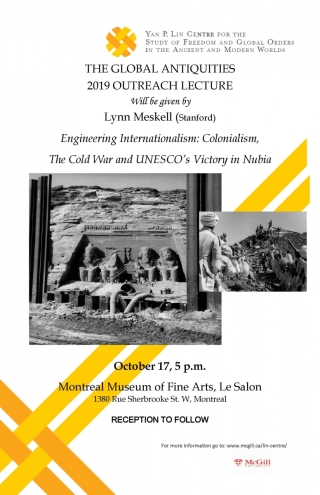 Much has been written about the Nubian Campaign, from the heroism and humanism promoted by UNESCO, to the competing narratives of the French or Americans, to Nubia as a theatre for the Cold War, to individual accounts by bureaucrats and archaeologists. Yet if one recenters UNESCO’s originary utopian promise, coupled with its technocractic counterpart international assistance, then add the challenge of a ‘one world’ archaeology focused on the greatest civilization of the ancient world, there might be a new slant on a future in ruins. UNESCO entered into large-scale and transnational archaeology, bringing field research into a monumental conservation project. While only fleeting, and not entirely successful, this foray into field archaeology would mark both its apogee and demise at UNESCO. Archaeology would soon become the handmaiden of heritage, subservient to the more calculable metrics of physical preservation and the marketable glamour of ancient monumentality.