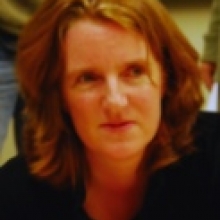 I am a specialist in the history of the 20th-century Middle East. My first book, The Druze between Palestine and Israel (Macmillan, 2000) focused on the 1948 Arab-Israeli war and on Druze-Jewish relations. My most important article to come out of this project, “The Druze and the birth of Israel”, was published in Shlaim and Rogan (eds), The War for Palestine (CUP, 2001, 2007). In this article, I used my research on Druze-Jewish relations in 1948 to challenge Benny Morris’ claim that the Palestinian refugee crisis was “born of war not by design.”

My second book, The Commander: Fawzi al-Qawuqji and the Fight for Arab Independence (Hill & Wang, 2016. At press), focuses on the life of Fawzi al-Qawuqji, the Arab nationalist and soldier who served as an officer in the Ottoman army during World War I; fought against the French in Syria during the rebellion of 1925-1927; fought against the British in Palestine during the Palestinian Revolt of 1936-39, and again in Iraq during the Rashid ‘Ali Coup of 1941; lived in exile in Nazi Germany during World War II; and led the Arab Salvation Army (Jaysh al-inqâdh) against the Haganah/IDF during the 1948 Arab-Israeli War. Using Qawuqji’s own archive to construct a detailed and carefully contextualized narrative of the journey that he made through certain moments, I offer a glimpse of the complexity and contingency of the historical worlds he inhabited. My research on Qawuqji led me to become interested in the place of biography and narrative in the field of modern Middle East history. I have published several articles in this area, including a 2011 article in History Compass entitled “Micro-narrative and the historiography of the modern Middle East.”

For more details about my publications and teaching please see my webpage in the Institute for Islamic Studies at McGill.