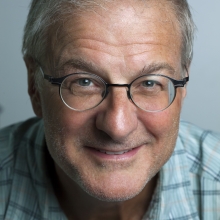 Originally trained as a historian of early Canada, over time he expanded the scope of his research and teaching to include colonial North America, the history of native peoples of the Americas and the history of the Atlantic World.  He is centrally involved in Montreal's French Atlantic History Group.

Allan Greer has published extensively on, among other topics, the social history of early French Canada, the Canadian Rebellion of 1837-38, state formation, the early modern Jesuits, religious change and colonization, colonial saints, property and the history and historiography of New France.  His books have won a number of national and international awards.

Greer’s current project examines questions of property formation in New France, New Spain and New England.  This synthetic and comparative study analyzes the processes by which settler forms of land tenure emerged and natives were dispossessed from the 16th to the 18th century.  This research has been supported by the Social Science and Humanities Research Council, the John Simon Guggenheim Foundation and the Killam Foundation.