Introduction: The Blacker Wood Natural History Collection is one of the largest and most comprehensive collections of natural history works in North America. The collection consists of rare books, manuscripts, archival material, and original artwork relating to vertebrate zoology, in particular ornithology, with significant materials in mammalogy, ichthyology, and comparative anatomy. In addition, the collection holds important works in the history and philosophy of natural history, evolution, botany, zoogeography, and the records of scientific expeditions.

Extent: The collection consists of over 20,000 volumes and over 10,000 pieces of original artwork.

Types of material: Of the 20,000 volumes, the majority are published works, including monographs and periodicals. However, the collection also includes a significant number of manuscript works, which range from field notebooks, journals, and sketches, to original correspondence written by naturalists like Charles Darwin and John Gould.

The collection is also defined by the over 10,000 pieces of original artwork it contains, which include everything from the sketchbooks that precede published works, to in-depth visual studies of bird’s eggs and shells; along with paintings by John Gould and his wife Elizabeth, Edward Lear, Johannes Keulemans, and Joseph Wolf; and important contributions to ornithology by women, such as our series of life-sized watercolour bird portraits by Elizabeth Gwillim.

Blacker Wood is also home to a number of archival collections, such as the papers of the Natural History Society of Montreal, and the Montreal Zoological Society. 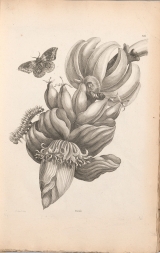 Collection highlights: The collection includes many of the landmark publications in natural history, such as early editions of the works of Albertus Magnus, Conrad Gesner, Ulisse Aldrovandi, and Pierre Belon. One of Blacker Wood’s most impressive and unique items is The Feather Book: a work created in 1618 by the chief gardener of the state of Milan, in which all 156 pages of illustrations are made entirely of bird feathers - making these the oldest biological bird specimens in existence today.

Further manuscript highlights include Joseph Banks’ field notes from his voyage to Newfoundland aboard the HMS Niger, along with a meticulous record of the water level of the Ganges river kept by a British Army captain in the early 19th century. The collection also contains quite a number of Darwin first editions, including the original publication in the Proceedings of the Linnean Society of London (1858), of the talk given by Darwin and Alfred Russell Wallace, in which they first discuss their theory of natural selection. 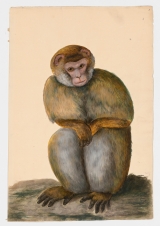 Date range: The collection includes material dating from the medieval period right up to the 20th century. Among the oldest works are Arabic manuscripts dating to the 13th century, and Persian manuscripts of the 15th century; along with a number of incunables, such as the Buch der Natur (1497), which contains the earliest printed illustrations of animals in the Western world.

Geographic coverage: European countries are well-represented, with a strong focus on Britain. Significant collections of Persian, Arabic, and Indian material, along with works from Central and South America.

Provenance: The collection was established in 1920 by Dr. Casey Wood as the Emma Shearer Wood Library of Ornithology. The Blacker Library of Zoology was established separately in 1920, and in the early 1950s the two collections were amalgamated. The majority of the holdings were purchased for the library by Dr. Wood before his death in 1942, however the collection has continued to be added to ever since.

Access to the collection: Approximately 85% of the Blacker Wood collection is catalogued, and can be requested by researchers via the McGill Library catalogue. Uncatalogued material may be requested by contacting the curator. A number of digital collections include material from Blacker Wood, providing access to some digital surrogates: Undescrib'd: Taylor White's 18th-century Paper Museum; The Gwillim Project; Casey Wood: Birdman of McGill; The Feather Book; Interpersonal Botany; The Persianate Literary Heritage: Hidden Treasures from McGill's Collections; Strokes and Hairlines: Elegant Writing and its Place in Muslim Book Culture.

The main collections were integrated with the Life Sciences Library in 2005, with the rare collections housed in Rare Books and Special Collections.