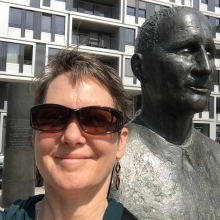 Directing and acting for the theatre.

My Silly Yum by Alexandra Montagnese and Gabriela Petrov (2016)

A Dream Play by August Strindberg (2012)

The Good Person of Sichuan by Bertolt Brecht (2010)

The Importance of Being Earnest by Oscar Wilde (2008)

The Merchant of Venice by William Shakespeare (2007).

The Man Whose Mother Was a Pirate by Margaret Mahy, adapted by Paula Wing (Lorraine Kimsa Theatre for Young People [Toronto] 2006).

To a Loving Humour of Madness – adapted from Shakespeare by Theatre Lab (2004).

Tooth and Nail by The Junction Avenue Theatre Company (November 1997).

The Man of Mode by Sir George Etherige (November 1996).

The Servant of Two Masters by Carlo Goldoni (February 1995).

The Fantasticks by Tom Jones and Harvey Schmidt (June 1993).

The Castle by Howard Barker (November 1992).

If We Are Women by Joanna McClelland Glass (Neptune Theatre [Halifax]-March 1996).

Text interpretation through movement; Clown and Mask; Directing and Acting for the theatre; Audience/Actor relationship.