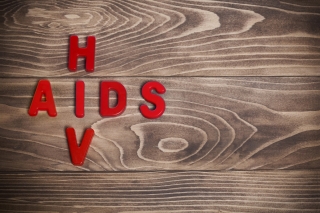 The CRISPR/Cas9 gene-editing platform may need a little bit more tweaking before it can be used as an effective antiviral, reports a study led by Dr. Chen Liang, Senior Investigator at the Lady Davis Institute at the Jewish General Hospital and the Associate Professor of Medicine at the McGill University AIDS Centre, and published in Cell Reports.

Researchers who used CRISPR/Cas9 to mutate HIV-1 within cellular DNA found that while single mutations can inhibit viral replication, some also led to unexpected resistance. They believe targeting multiple viral DNA regions may be necessary for the potential antiviral aspect of CRISPR/Cas9 to be effective.

Upon entry into a cell, HIV’s RNA genome is converted into DNA and becomes entwined with the cellular DNA. From here, CRISPR/Cas9 can be programmed to target a DNA sequence and cleave viral DNA. The problem is that HIV is notoriously good at surviving and thriving with new mutations, so while many viruses are killed by the targeted approach, those that escape the CRISPR/Cas9 treatment become more difficult to target.

“When we sequence the viral RNA of escaped HIV, the surprise is that the majority of the mutations that the virus has are nicely aligned at the site where Cas9 cleaves the DNA, which immediately indicates that these mutations, instead of resulting from the errors of viral reverse transcriptase, are rather introduced by the cellular non-homologous end joining machinery when repairing the broken DNA,” says Dr. Liang. “Some mutations are tiny—only a single nucleotide—but the mutation changes the sequence so Cas9 cannot recognize it anymore. Such mutations do no harm to the virus, so these resistant viruses can still replicate.”

The study, a collaborative effort between researchers at McGill University and the Université de Montréal and the Chinese Academy of Medical Sciences and Peking Union Medical College, serves as a cautionary tale for those who hope to apply CRISPR/Cas9 as an antiviral. Dr. Liang doesn’t believe the effort is futile, however, as there are strategies that could overcome this limitation. For example, targeting multiple sites with CRISPR/Cas9 or using other enzymes aside from Cas9.  Once a solution is identified, the next barrier will be identifying ways to deliver the treatment to patients.

“CRISPR/Cas9 gives a new hope toward finding a cure, not just for HIV-1, but for many other viruses,” Dr. Liang says. “We have a long road toward the goal, and there may be many barriers and limitations that we need to overcome, but we’re confident that we will find success.”