Gene acts as a brake on breast cancer progression 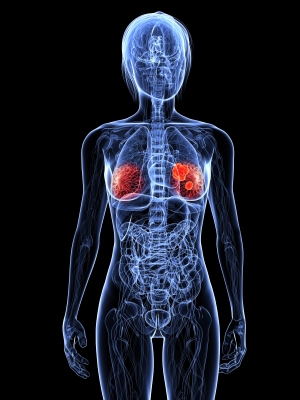 New research out of McGill University's Goodman Cancer Research Centre provides compelling new evidence that a gene known as 14-3-3σ plays a critical role in halting breast cancer initiation and progression. The study, led by the Dept. of Biochemistry's William J. Muller, will be published online today in the journal Cancer Discovery.

The discovery of this new target points to novel therapies that eventually could slow or stop breast cancer progression. Muller also says that this gene is likely a major player in a number of other types of cancer.

Based on past clinical observations revealing that the expression of gene 14-3-3σ is silenced in a large percentage of breast cancers, researchers had long suspected that it played a role in stopping cancer cells from dividing. The McGill team wanted to confirm whether this was the case. Using a transgenic mouse model that expresses ErbB2, an oncogene associated with aggressive breast cancers, they inactivated the 14-3-3σ gene in the mammary gland.

"We found that the loss of this expression did, in fact, result in a dramatic acceleration of tumour onset," explained Muller who is also affiliated with the Research Institute of the McGill University Health Centre (RI MUHC). "The two genes, 14-3-3σ and ErbB2, co-operate, with 14-3-3σ being the brakes. If you lose the brakes, ErbB2 can induce the cells to divide indefinitely. Furthermore, not only is the ability of these cells to divide enhanced but they become extraordinarily metastatic. They can invade distant sites."

Co-authors include Chen Ling, Vi-Minh-Tri Su and Dongmei Zuo. All are from the Goodman Cancer Research Centre and McGill's Faculty of Medicine in the Dept. of Biochemistry. All authors were supported by grants from the Canadian Institutes of Health Research (CIHR) and the Terry Fox Foundation.

"We are pleased that our funding has led to a better understanding of molecular mechanisms of breast cancer development, which ultimately will lead to improved interventions for breast cancer patients " said Dr. Morag Park, the Scientific Director of the CIHR, Institute of Cancer.