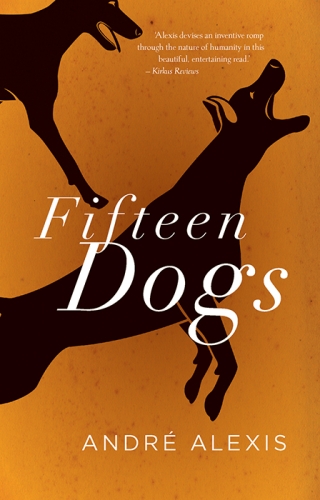 But then the human intervened...

It’s fairly easy for computers to distinguish between a novel and a work of non-fiction, Andrew Piper and his students have discovered. Indeed, computers are able to do so with 95-96 per cent accuracy. (It turns out that prevarication plays a key role in fiction). Piper, who teaches in the Department of Languages, Literatures and Culture, uses computers to do literary analysis by looking at various literary and semantic features of different texts.

He and his students have discovered that computers can even do a fairly good job of determining which books are likely to be best-sellers (it takes lots of action verbs, the use of the present tense, dialogue, and so on). But until last night, when Fifteen Dogs by André Alexis was announced as the winner of the $100,000 Scotiabank Giller Prize, Piper believed that it was probably fairly difficult for computers to predict which books were going to win literary prizes.

“’Literary’ novels say something about the human experience that it is difficult to quantify,” said Piper in a conversation earlier this week. “Even if you give computers information about last year’s winning novel, along with this year’s short-listed novels, in addition to the novels written by the jurors, I think the essence of literary novels is that they somehow break the mold. And that is a more difficult thing to predict correctly, and I’m fairly relieved that this is the case.” So, for fun, Piper, asked his students to use data mining techniques to predict the winner of this year’s Scotiabank Giller prize. Four of the students from Piper’s .txtLAB took up the challenge and, along with Andrew Piper himself, submitted their predictions to Hudson Meadwell, the Dean of the Faculty of Arts, in early October. The final predictions were:

Martin John by Anakana Schofield was Andrew Piper’s own prediction for the winner. But, as Piper says in his recent blogpost, that's only because he decided to second guess the computer’s initial choice.

“After reading the book I thought there was no way it was going to win the prize,” Piper remarks. “It’s a challenging book. I’ve sat on prize committees before and I didn’t think this could happen. It turns out I made a bad choice.”