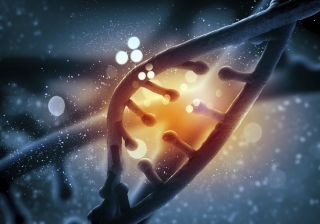 Chronic pain may reprogram the way genes work in the immune system, according to a new study by McGill University researchers published in the journal Scientific Reports.

“We found that chronic pain changes the way DNA is marked not only in the brain but also in T cells, a type of white blood cell essential for immunity”, says Moshe Szyf, a professor in the Faculty of Medicine at McGill. “Our findings highlight the devastating impact of chronic pain on other important parts of the body such as the immune system.”

Chronic pain – pain that lasts six months or more -- is one of the most common causes of disability worldwide. Despite enormous efforts to find new therapeutic strategies, however, effective treatments for chronic pain remain elusive.

The all-McGill team examined DNA from brains and white blood cells of rats, using a method that mapped DNA marking by a chemical called a methyl group. ”Methyl marks are important for regulating how these genes function,” explains co-author Laura Stone, a professor in Dentistry and  researcher in the Alan Edwards Centre for Research on Pain. This sort of chemical marking is part of the growing field of epigenetics, which involves modifications that turn genes ‘on’ or ‘off’, effectively reprogramming how they work.

“We were surprised by the sheer number of genes that were marked by the chronic pain -- hundreds to thousands of different genes were changed,” adds Szyf. “We can now consider the implications that chronic pain might have on other systems in the body that we don’t normally associate with pain.”

The findings could open new avenues to diagnosing and treating chronic pain in humans, the researchers suggest, as some of the genes found to be marked by chronic pain could also represent new targets for pain medications.