Fred Turner: "The Family of Man and the Politics of Attention in Cold War America" 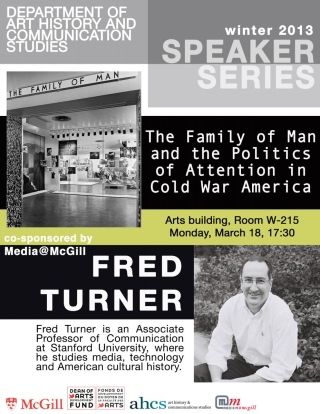 Abstract: In 1955, the Museum of Modern Art mounted one of the most widely seen – and widely excoriated – photography exhibitions of all time, The Family of Man. For the last forty years, critics have decried the show as a model of the psychological and political repression of cold war America. This talk challenges that view. It shows how the immersive, multi-image aesthetics of the exhibition emerged not from the cold war, but from the World War II fight  against fascism. It then demonstrates that The Family of Man aimed to liberate the senses of visitors and especially, to enable them to embrace racial, sexual and cultural diversity – even as it enlisted their perceptual faculties in new modes of collective self-management. For these reasons, the talk concludes, the exhibition became an influential prototype of the immersive, multi-media environments of the 1960s – and of our own multiply mediated social world today. 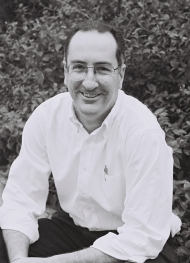