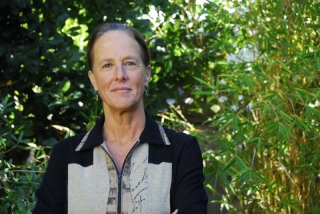 For its flagship event, the 2015 Beaverbrook Annual Lecture, Media@McGill is excited to announce the speaker as Professor Wendy Brown.

The title of her talk is "Neoliberalism Contra Democracy: Ten Theses.”

The 2015 Beaverbrook Annual Lecture will be on Tuesday, October 13, 2015 at 6 p.m., and will be given at the Faculty of Law, Moot Court, 3644 Peel Street.
The Lecture is free and open to the public. There will be no registrations. Rather, it will be on a first-come, first-served basis. In addition, the Lecture will be livestreamed. You can view the livestream via this link. For more information visit http://media.mcgill.ca/

Wendy Brown is the Class of 1936 First Professor of Political Science at the University of California, Berkeley, where she is also affiliated with the Department of Rhetoric, and is a core faculty member in the Designated Emphasis in Critical Theory. She has made major and far-reaching contributions to modern political theory, drawing on the work of Marx and Foucault to elaborate a distinctive theory of modern power and political subject formation. Her work on the divergent rationalities of neo-liberalism and neo-conservativism as well as her analysis of neo-liberalism in relation to the contemporary threats to democracy and public education have established her as a significant intellectual. Prior to coming to Berkeley in 1999, she taught at the University of California, Santa Cruz and at Williams College. Her work has been translated into more than 20 languages. She has authored numerous books, including Undoing the Demos: Neoliberalism's Stealth Revolution (Zone Books, 2015); and Walled States, Waning Sovereignty (Zone Books, 2010).