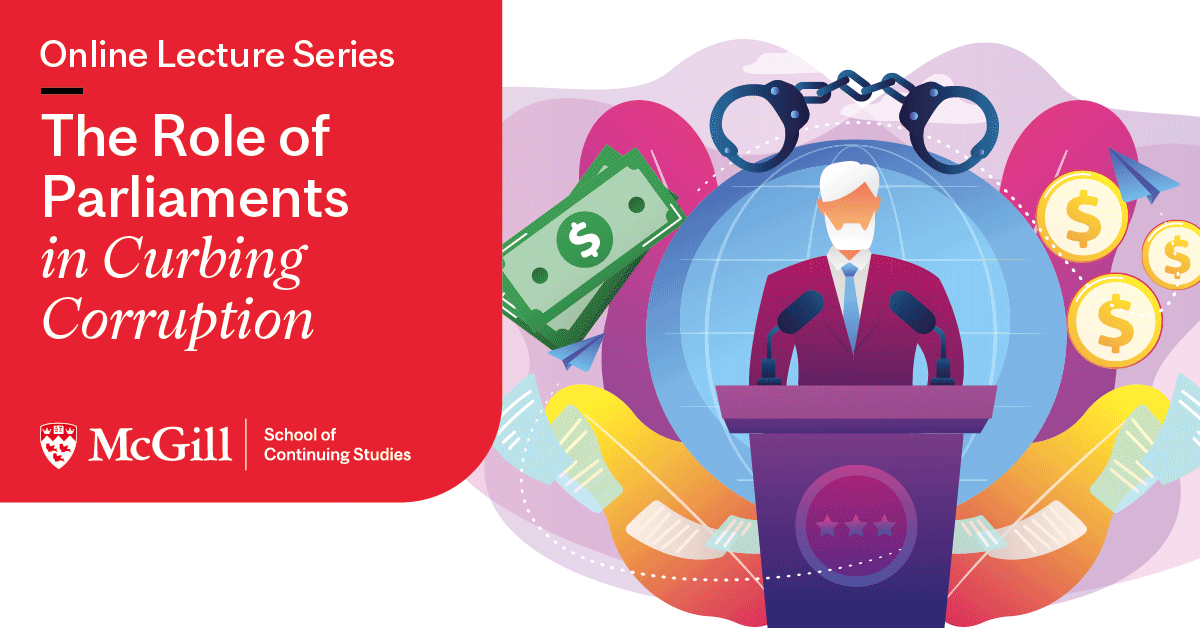 McGill University's School of Continuing Studies is pleased to offer a free three-lecture online learning event discussing the key role played by parliaments and constraints they face in curbing corruption. The lecture series, based on the book “ Anti-Corruption Evidence: The Role of National Parliaments in Curbing Corruption,” includes a review of case studies from 6 parliaments in six countries in the Caribbean, East Africa and West Africa, focusing on how effective those parliaments are in overseeing governments and in curbing corruption. Key constraints will be presented, and lessons learned discussed. 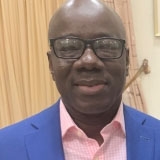 Dr. Draman has been actively engaged in Institutional, Parliamentary, Public Financial Management, Evaluation and Governance issues for the past twenty years. Dr. Draman has carried out pioneering work with more than 30 African Parliaments and a total 50 Parliaments around the world. He is President and CEO of the African Centre for Parliamentary Affairs and led many of projects working with Parliaments, Civil Society and other key change actors, particularly in Africa and Asia. Dr. Draman has also conducted needs assessments of a number of Parliaments around the world, helped a number of African Parliaments in their Strategic Planning; designed and delivered training to MPs and staff in the budget process; designed and delivered a number of training seminars for MPs on financial oversight, oversight of the extractives sector and evidence informed policy making. 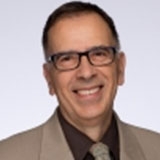 Dr. Rick Stapenhurst is an Assistant Professor at McGill University’s School of Continuing Studies and a Professeur Associe at University Laval. He has written extensively on issues related to anti-corruption and parliamentary strengthening; recent publications include Benchmarks for Democratic Parliaments (with Mitchell O'Brien and Lisa von Trapp), Following the Money: Comparing Parliamentary Public Accounts Committees (with Riccardo Pelizzo and Kerry Jacobs) and Parliamentary Communication (with Gurprit Kindra). He was the Principal Investigator for the British Academy project Anti-Corruption Evidence: The Role of National Parliaments in Curbing Corruption He has a PhD from Australian National University. 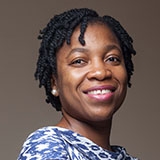 Agnes Titriku is the Program Manager for the African Centre for Parliamentary Affairs (ACEPA), where she plays an active role in the design and implementation of programs and interventions for Parliaments within and without the African continent. She also coordinates the activities of the West African Association of Public Accounts Committees (WAAPAC), whose secretariat is currently hosted by ACEPA. She has eight years’ experience of active engagement in the field of Parliamentary Democracy and Governance. Prior to working at ACEPA, she has worked with the Canadian Parliamentary Centre, where she provided research and programmatic support to a number of parliamentary strengthening projects that were being implemented by the Centre. 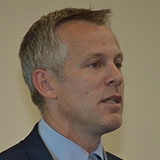 Educated at Southampton and Newcastle Universities, Anthony has worked with a number of legislatures, particularly from across the Commonwealth. He joined the Commonwealth Parliamentary Association (CPA) in December 1999 as an Assistant Director. Between June 2002 and December 2006, Anthony headed the Secretary-General’s office working closely with the then Secretary-General of the CPA, Hon. Denis Marshall, a former Minister in New Zealand. He has also acted as a consultant for a number of international organizations including the World Bank, the European Union, UNDP, the National Democratic Institute, as well as the Office for the High Commissioner for Human Rights and the Organization for Security and Cooperation in Europe. Anthony is a former lecturer at the Department of Politics and International Relations at the University of Westminster in London and currently teachies Current Trends in Parliamentary Administration and Public Financial Management courses at McGill University’s School of Continuing Studies in Montreal, Canada. 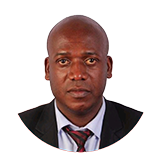 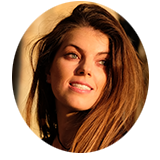