Joint appointment with the Bieler School of Environment 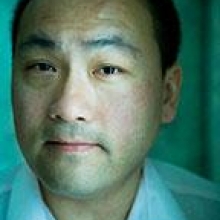 The area of my research is moral philosophy. More specifically, I work on axiology and its applicaitons to public policy.