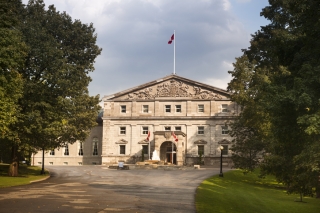 Inuk leader Mary Simon has been chosen as the next governor general — the first Indigenous person ever to be appointed as the Queen's representative in Canada. During a news conference at the Canadian Museum of History, Prime Minister Justin Trudeau said that the Queen has accepted his recommendation to appoint Simon — a past president of Inuit Tapiriit Kanatami, the national Inuit organization — as the 30th governor general. (CBC News)

“Mary Simon, the first Indigenous Governor General, is a highly qualified person for the position. This is especially the case because of her experience as an ambassador, which prepares her well for the ceremonial component of her role, and as a constitutional negotiator, which gives her in-depth knowledge of the constitutional order she will soon become a part of.”

“The appointment of Mary Simon to the role of Governor General of Canada is a monumental moment in not only Indigenous and Canadian relations, but more specifically Inuit and Canadian relations. Simon, who was born and raised in her territory of Nunavik, speaks both English and Inuktitut and, while in the role of Governor General, most likely will also become the first trilingual speaker of three important and distinct languages within the Canadian state. Simon's appointment makes her the first Inuk to fill such a role, and second Indigenous female in the British Commonwealth – joining New Zealand's incoming Governor General Cindy Kiro, who is Maori.”