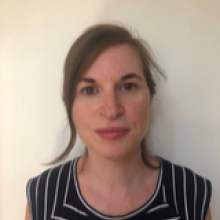 I am a Faculty Lecturer in the Department of History & Classical Studies and the Institute for Gender, Sexuality, and Feminist Studies. I study women’s thought and women’s political engagements, and intersections between gender, sexuality, the state, and resistance movements. Examining the contributions of women thinkers and the significance of debates around gender and sexuality in sites such as the anti-apartheid struggle, my research treats both the long history of feminisms outside the west, and the extent to which gendered anxieties shaped ostensibly male-dominated institutions. My work also focuses on women’s contributions to a variety of anti-colonial nationalisms, while exploring tensions of solidarity within liberation movements using the insights of critical race theory and black and African feminist thought. I have additional research interests in transnational health activism, past and present.

My first book manuscript, titled National Fantasies: Gender, Exile, and Transformation in South Africa, demonstrates the centrality of gender and sexuality to decolonization movements in southern Africa, disrupting long-held wisdom that these movements were narrowly sexist and male-driven. Using interdisciplinary methods including ethnography, archival research, interviews, and analysis of literary forms (the novel and memoir), I explore the ideas and work of women who left South Africa to join the African National Congress (ANC) during its period of exile (1960-1990), and who pushed the ANC to support women’s rights and reproductive freedoms in exile.

I am also working on another book manuscript, entitled Exile’s Hauntings: Women, Violence, and Love After Apartheid. Using South African works of fiction, this book explores how women’s bodies become central metaphors for imagining social transformations and asks what this process of public “metaphor-making” constrains and enables in the realm of women’s rights.

2017 “If Not Feminism, Then What? Women’s Work in the African National Congress, 1980-1990,” in Women’s Activism and "Second Wave" Feminism: Transnational Histories, (eds) Jennifer Nelson and Barbara Molony. (London, Bloomsbury Press: 2017).