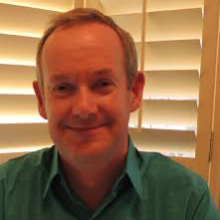 I am a historian of modern Britain. I grew up in Blackburn, Lancashire, and was educated at Oxford and Harvard. My first substantial book (The Middlemost and the Milltowns: Bourgeois Culture and Politics in Early Industrial England (Stanford UP, 2001)), which grew out of my PhD thesis, analyzes the leading members of the middle classes of Lancashire cotton towns (in particular Blackburn, Bolton and Preston) between 1789 and 1851, assessing their economic, cultural and political contributions to the creation of social stability. My second book (‘So Clean’: Lord Leverhulme, Soap and Civilization (Manchester UP, 2008)) is a study of William Hesketh Lever, 1st Viscount Leverhulme (1851-1925), the founder of the Lever Brothers’ Sunlight soap empire. The book is a broad social and cultural history, using Lever’s life as an entry-point for discussion of topics as diverse as the “second consumer revolution”; the transition to a corporate economy; the development of advertising; factory paternalism; town planning and suburbanization; colonialism and forced labour in West Africa and the South Pacific; country houses, landscape gardening and art collecting; and the transformation of crofting and fishing in the Outer Hebrides. My third monograph (Wolfenden’s Witnesses: Homosexuality in Postwar Britain (Palgrave Macmillan, 2016)) is an annotated selection of the papers of the Wolfenden Committee, which was set up in 1954 to investigate the state of the law regarding homosexuality and prostitution.

My current, SSHRC-funded project is provisionally entitled “Greek to the Soul: George Ives and Homosexuality in Britain from Wilde to Wolfenden.” It is an investigation of (homo)sexuality and criminality in Britain between the 1880s and the 1950s using Ives—pioneer “gay rights” campaigner and penal reformer—as my focus. I am also the guest editor of a special queer edition of the Journal of British Studies (July 2012) and the editor of a collection of essays entitled British Queer History: New Approaches and Perspectives (Manchester UP, 2013). The courses that I offer from time to time are an Honours/Graduate Seminar in British Urban History in the long nineteenth century, three survey courses on British History from 1688 to the present, an upper-level course on British & Irish Nationalisms (the national question in Ireland, Scotland, Wales and England since the Glorious Revolution), an upper-level course on British Queer History, a survey of the history of sexuality in Europe and North America since 1700, global surveys of the First and Second World Wars and the introductory survey to Modern European History. I supervise graduate students in modern British history, especially the British middle classes and British LGBT/queer history.