Jean-Pierre Desrosiers to chair Board of Directors of new organization 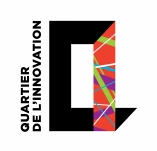 The Quartier de l’innovation (QI) is proud to announce the appointment of Jean-Pierre Desrosiers, Partner and Strategic Advisor, Fasken Martineau, as Chair of the QI Board of Directors. Mr. Desrosiers, who is well known in the Montreal business and cultural communities, has served on the Boards of several major not-for-profit organizations.

Launched in May 2013 by the École de technologie supérieure and McGill University, the QI is located just a few steps from downtown Montreal, on a site that primarily encompasses Griffintown, Pointe-Saint-Charles and Saint-Henri/Little Burgundy. The sector is a real living laboratory, where organizations, researchers, citizens, enterprises and students work together to enhance Montreal’s potential for creativity and innovation. It will also be the site of many public and private investment projects over the next few years.

QI activities are divided into four components: research and education, social and cultural, industrial, and urban. Jean-Pierre Desrosiers will chair a 12-member parity board of directors where he will be joined by:

The QI consolidates Montreal’s position as a leader among innovative metropolises, like Barcelona, Toronto, Manchester and Boston, by accelerating the development of technological, social and cultural enterprises or initiatives, as well as collaborative projects with the university community.

Many projects are already well underway within the QI, including the Montreal Summit on Innovation (to be held on November 7, 2013) and the development of a real entrepreneurial ecosystem, with the INGO Innovation Centre, the conversion of the Dow Planetarium, the Biofuel Net Canada Network, the Creativity Hub, the Laboratory of Urban Culture and the École de l’innovation citoyenne. For more details on other QI projects, visit: http://quartierinnovationmontreal.com/en/projects/