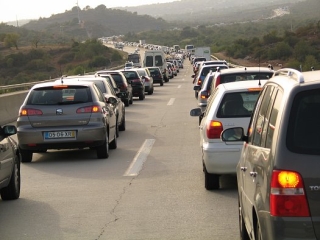 A new study of over 3,400 Canadian women provides further evidence that exposure to air-pollution may increase the risk of developing breast cancer, especially among women who have not yet had their menopause.

Following a previous study in Montreal published in 2010, these researchers investigated air pollution in eight Canadian provinces, from 1975 to 1994, based on satellite observations and on-ground measurements of NO2.

Led by Perry Hystad (Oregon State University) and Paul J. Villeneuve (Carleton University), the study shows an association between the risk of breast cancer and nitrogen dioxide (NO2), a marker of traffic-related air pollution. For post-menopausal women, the risk increased by 10% for each increase of 10 parts per billion (ppb) of NO2. Little was known about the risk for premenopausal women and air pollution and the investigators found it was even greater: the risk increased by 32% for every additional 10 ppb of NO2.

“Air pollution is a complex mixture comprising hundreds of chemicals, some of which are toxic or carcinogenic,” says co-author Mark Goldberg, an environmental epidemiologist at McGill University.  “NO2 is not carcinogenic, in itself, but it is an excellent marker for traffic-related air pollution.

“This study estimates the association between air pollution and breast cancer, but causality is far from established,” Goldberg cautions. “Many more studies would be needed in order for us to be able to make causal judgments.”