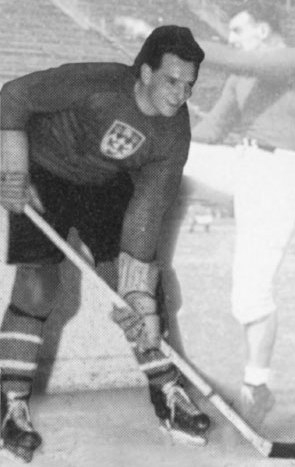 MONTREAL - Doug Heron, a legendary football and hockey player at McGill University in the 1940s, died in London, Ont., on July 26.  He was 85.

An inductee to the McGill Sports Hall of Fame in 2004, the native of Montreal was a star fullback and kicker with the football Redmen and was an all-star defenceman on the hockey team from 1945 to 1949, graduating with a degree in science. He played a prominent role on McGill's 1946 Queen's Cup championship hockey team, which won the title in a sudden-death game before a packed house at the Montreal Forum.

Born Douglas John Heron in Montreal on Jan. 7, 1925, he was a dominant force on the playing field. In his playing days, he stood 6-foot-1, weighed 230 pounds and was one of very few McGill athletes to start four consecutive years with both the football and hockey teams.

In a 1947 excerpt from The Montreal Herald, he was described as being "one of the most under-rated blockers in the college league but he is colour from head to toe and his massive frame can shake more souls than an earthquake."

A navy veteran in World War II, Heron was an avid shotgun enthusiast and golfer in his later years. He was a member of the Naval Officers Association, the Crumlin Sportsmen's Association, the London Hunt & Country Club, and was an honorary life member of the Ontario Economic Development Council, where he served as past-president.

He is survived by Dorothy, his wife of 59 years, plus daughters Jane and Kate, and son Jim.

Visitation will take place at the Westview Funeral Chapel in London on Thursday (July 29). The family has requested that those wishing to make a donation in his memory are asked to consider the Multiple Sclerosis Society of Canada. Online condolences accepted at: www.westviewfuneralchapel.com