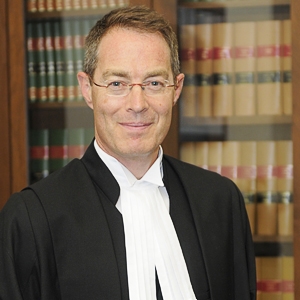 During its graduation ceremony held on September 22, 2012, the Université de Sherbrooke granted an honorary doctoral degree to the Hon. Nicholas Kasirer, BCL’85, LLB’85, former Professor (1989-2009) and Dean (2003-2009) of the Faculty of Law of McGill University and now a Justice of Quebec’s Court of Appeal.

“This is a well deserved recognition,” says Professor Daniel Jutras, Dean of the Faculty of Law, “which underscores the exceptional contribution that Nicholas Kasirer has made to both research and teaching in Quebec and beyond.  This contribution continues to this day, despite his heavy responsibilities as a member of the Court of Appeal of Quebec. He remains one of the most creative legal scholars of his generation in Canada, and a most generous participant in our Faculty’s intellectual life.”

The Faculty of Law offers Justice Kasirer its warmest congratulations.