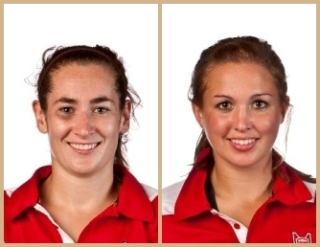 Mongeon, a 5-foot-10 flanker, tallied three tries in seven games. The 23-year-old physiology major is in her fifth and final season with the Martlets.

Duncan, a 5-foot-6 centre who scored one try, is a 22-year-old science junior, majoring in nursing.

Overlooked in voting conducted by the conference's six head coaches was McGill sophomore Brianna Miller, a fly-half from Pte. Claire, Que., who led the league in scoring with 106 points, 43 more than her next closest competitor. She also led the league in conversions (26) and drop goals (2), in addition to finishing second in both tries (9) and penalty goals (1).

Also missing on the honour roll was McGill's Emily Barber, a 17-year-old freshman from Fenelon Falls, Ont., who was passed over in voting for the rookie-of-the-year award despite being the top-scoring rookie in the league with 35 points. She had seven tries in seven games while playing on the first row, typically a non-scoring position.

Laval also grabbed three of the four major awards, including player of the year (Karen Paquin) and rookie of the year (Dominique Laliberté-Martineau), in addition to the citizenship award (Sarah Boudreau-Turpin).

Mélissa Laberge, who guided Sherbrooke to a fifth-place 2-4 record, was voted coach of the year.

PLAYER OF THE YEAR:

ROOKIE OF THE YEAR:

COACH OF THE YEAR: