Finding the way to memory 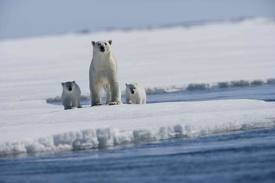 February 4, 2013 - Our ability to learn and form new memories is fully dependent on the brain’s ability to be plastic – that is to change and adapt according to new experiences and environments. A new study from the Montreal Neurological Institute – The Neuro, McGill University, reveals that DCC, the receptor for a crucial protein in the nervous system known as netrin, plays a key role in regulating the plasticity of nerve cell connections in the brain.  The absence of DCC leads to the type of memory loss experienced by Dr. Brenda Milner’s famous subject HM.  Although HM’s memory loss resulted from the removal of an entire brain structure, this study shows that just removing DCC causes the same type of memory deficit. The finding published in this week’s issue of Cell Reports, extends Dr. Milner’s seminal finding to another level, revealing a key part of the molecular basis for learning and memory.

Although both netrin and DCC are essential for normal development (in terms of guiding nerve cell growth) until now their function in the adult brain was not known. Dr. Tim Kennedy, lead researcher and neuroscientist at The Neuro, contributed to the discovery of netrins as a young post-doctoral fellow.  This new study reveals the answer to the question that drove him to first start a lab. “I remember that exact moment when I knew I could run a research lab, it was 1993 and I was studying the developing nervous system and I was amazed to spot netrins in the adult brain - raising the important question, ‘what are they doing there?’ 20 years of dedicated research later the answer provides an important piece of the puzzle for understanding our nervous system and neurological disorders.

“The power of this study is that it looks at the animal on all levels, molecular, structural, and behavioural. We show that the netrin receptor DCC is a critical component of synapses between neurons in the adult brain, and is required for synapses to function properly. To demonstrate this, we selectively removed DCC from a specific subset of neurons in the adult mouse brain. This results in progressive degeneration of synapses, leading to defects in synaptic plasticity and memory. The synapses continue to function in that they still communicate but, the synapses cannot adjust or change in response to new experiences. Therefore, you can’t learn anymore.”

Furthermore, DCC deletion from mature neurons results in changes in the shape of specialized protrusions called dendritic spines, and alters the NMDA receptor, a critical trigger for mechanisms that make changes in synaptic strength. Therefore the study reveals that DCC is required to maintain proper synapse morphology or shape, and to regulate the ability of the NMDA receptor to switch on, which ensures activity-dependent synaptic plasticity.

Mutant mice that entirely lack DCC in all cells do not survive past birth and exhibit major defects in brain development. In order to investigate the function of netrin in the adult brain, researchers from the Netherlands Cancer Institute, collaborators on this study, engineered a new strain of floxed mice, in which the DCC gene can be selectively deleted from a specific sub-set of cells. Floxing involves putting short sequences of DNA on either side of a gene sequence. An enzyme that is activated later in life then recombines the DNA and cuts out the intervening sequence – deleting the gene only from specific cells. The Kennedy lab activated this enzyme only in the mature mouse brain, and limited activation to only a subset of neurons, consequently deleting the DCC gene from only from these neurons. These mice live to adulthood (DCC is made normally in all other cells in the mouse) as the enzyme only turns on and deletes DCC in specific cells in the adult brain. Although the mice otherwise appear normal, testing their behavior revealed severe deficits in their ability to form certain types of new long-term memories.

This study provides important new insight into the neural mechanisms of learning and memory, processes that are fundamental to our existence, survival, and everyday life.

This research was funded by the Canadian Institutes of Health Research.  Dr. Kennedy is a Chercheur national of the Fonds de recherche du Québec – Santé and a Scholar of the Killam Trusts.

Link to paper published this week in Cell Reports: http://download.cell.com/cell-reports/pdf/PIIS2211124712004299.pdf?intermediate=true

The Neuro
The Montreal Neurological Institute and Hospital — The Neuro, is a unique academic medical centre dedicated to neuroscience. Founded in 1934 by the renowned Dr. Wilder Penfield, The Neuro is recognized internationally for integrating research, compassionate patient care and advanced training, all key to advances in science and medicine. The Neuro is a research and teaching institute of McGill University and forms the basis for the Neuroscience Mission of the McGill University Health Centre.  Neuro researchers are world leaders in cellular and molecular neuroscience, brain imaging, cognitive neuroscience and the study and treatment of epilepsy, multiple sclerosis and neuromuscular disorders. For more information, visit theneuro.com