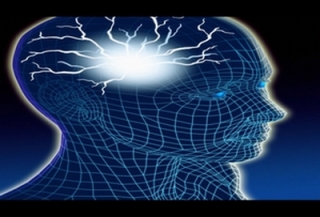 The high incidence of concussions in contact sports and the risk of traumatic brain injury are a major cause for concern. A new review by researchers at The Montreal Neurological Institute and Hospital – The Neuro, McGill University, MUHC, University of Montreal, Toronto Rehabilitation Institute, and the University of Toronto compares the latest research and assessment tests and presents new clinical guidelines for the prevention, diagnosis, treatment and return-to-play, to work or to school decisions for concussed athletes.

There are 3 million sports-related concussions in the United States each year and among people aged 15 to 24, concussions are now second only to motor vehicle accidents as a leading cause of traumatic brain injury (source: Center for Disease Control). Ice-hockey is the sport with the highest risk for sustaining a concussion (accounting for 20% of all injuries), followed by rugby, football, and soccer.  Symptoms of concussion include dizziness, headaches, blurred or double vision, anxiety, depression, attention deficits, memory problems, and psychomotor slowing. These generally resolve within one week but in a substantial proportion of athletes, they last longer than three months.

Neuropsychological tests that take into account injury variables such as number of previous concussions and symptoms lack sensitivity for detecting changes in brain function and/or guiding return-to-play decisions. New techniques, such as ERP (event related potential) and functional MRI, are now proving to be more sensitive than behavioural testing to detect brain dysfunctions following a concussion.  These tests assess the activity of neurons involved in cognitive and behavioral tasks. ERP uses electroencephalography (EEG), a non-invasive technique, to record the electrical activity of a group of neurons in a particular brain region associated with a cognitive task. fMRI measures the changes in blood oxygenation related to nerve cell activity in a given cerebral region during a cognitive task.

“ERP and fMRI provide sensitive markers of early and late brain dysfunction following sports concussion, says Dr. Alain Ptito, neuropsychologist at The Neuro and lead investigator.  “Until now the absence of symptoms for a few days and normal neuropsychological performance were considered to reflect complete brain recovery. In fact, the changes observed in ERP and fMRI are found not only in the acute phase (i.e. less than three months) after concussion, but sometimes several weeks or even years after, suggesting that the dysfunction, though qualified as mild, may persist. This indicates that absence of symptoms is not necessarily an absolute marker of complete brain recovery.”

ERPs and fMRI can significantly contribute to understanding the consequences of sports concussion on brain functions and they can help in assessing the extent of recovery and contribute to return-to-play decisions. It is hoped that further studies investigating clinical correlates of ERPs and fMRI will be carried out so that these techniques can become routinely integrated in concussion assessment. The review was published in The Physician and Sportsmedicine USA.