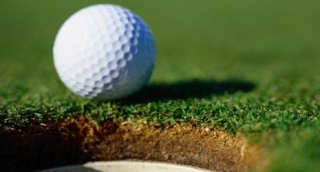 Hamilton, Ont. (RCGA) – Canada’s top University and College golfers will convene at King’s Forest Golf Course in Hamilton, Ont. from May 25-29 to compete in the seventh playing of the Canadian University/College Championship, conducted by the Royal Canadian Golf Association.

In all, 156 male and female golfers from post-secondary institutes across Canada will travel to Hamilton to compete for both team and individual titles at this year’s event.  The field will be comprised of 20 men’s and 10 women’s teams as well as six individuals.  The competition begins Monday, May 25 with a practice round and opening ceremonies at King’s Forest.  Following Thursday’s third round, the field will be reduced to the top 10 men’s and the top five women’s teams, as well as any individuals within 15 strokes of the lead.

“This year, we will see some tough competition from top-players in both the men’s and women’s categories,” said RCGA tournament director Alison Turcotte. “The improved strength of the player field over the last several years has truly made this one of the premier championships in Canada, and it continues to get better every year.”

The following teams and individuals will be competing at the 2009 RCGA Canadian University and College Championship:

Starting times, post-round results and a full field list for the 2009 Canadian/University College Championship are available at www.rcga.org/championships.

ABOUT THE ROYAL CANADIAN GOLF ASSOCIATION
The Royal Canadian Golf Association (RCGA) is the governing body of golf in Canada, representing 377,000 members at 1,600 clubs across the country. Recognized by Sport Canada as the National Sports Organization (NSO) for golf in this country, the RCGA’s mission is to grow participation in and passion for the sport while upholding the integrity and traditions of the game. The RCGA conducts programs and services to help shape the future of golf in Canada. High performance athlete development, Rules of Golf and amateur status, handicapping and course rating, turfgrass and environmental research, the Canadian Golf Hall of Fame and Museum and CN Future Links, Canada’s national junior golf program, are only some of the initiatives the association leads for golf in Canada. In addition, the RCGA conducts Canada’s most prestigious golf championships. The RBC Canadian Open and CN Canadian Women’s Open attract the best professional golfers in the world, while regional junior and national amateur championships showcase the best in Canadian golf.

For further information on what the RCGA is doing to support golf in your community please visit www.rcga.org.