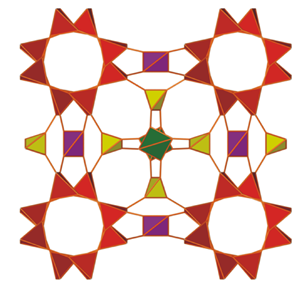 The research group of Prof. Tomislav Friščić in McGill’s Department of Chemistry has made a name for itself in the little-known, but growing field of “mechanochemistry,” in which chemical transformations are produced by milling, grinding or shearing solid-state ingredients – brute force, in other words, rather than fancy liquid agents. “Your coffee maker grinds things,” and grinding molecules in the lab involves much the same principle, Friščić notes. Using mechanical force also has the significant advantage of avoiding the use of environmentally harmful bulk solvents.

In late 2012, a trans-Atlantic team of researchers co-led by Friščić reported they had been able to observe a milling reaction in real time, by using highly penetrating X-rays to observe the rapid chemical transformations as a mill mixed, ground, and transformed simple ingredients into a complex product.  Now, the researchers have used this technique to discover a short-lived, structurally unusual metal-organic material created during the milling process. In a paper published March 23 in Nature Communications, the scientists dub the material “katsenite,” after the first author of the article, Athanassios D. Katsenis. Now a postdoctoral fellow at McGill, Katsenis was a visiting student in Friščić’s group when the research was conducted. He analyzed the topology of the material -- the arrangement and connections between the structural ‘nodes’ of its crystal structure -- and realized that it didn’t correspond to anything previously seen.

The discovery provides the first concrete evidence of something that has long been suspected, the researchers conclude:  milling creates temporary phases with chemical structures that are not achievable under conventional conditions.

“While this particular katsenite-type structure is unlikely to be of any practical use, the discovery represents a breakthrough that impacts our understanding of large-scale processing of materials and opens a new environment to generate previously inaccessible structures,” Friščić says. Besides all that, he adds, “It is just great to have a chemical structure type named after a researcher at McGill!”

Other contributors to the study include a group led by Ivan Halasz from the Institute Ruđer Bošković (Croatia), as well as researchers from the Max-Planck Institute for Solid-state Chemistry (Germany) and the European Synchrotron Radiation Facility (ESRF, France).