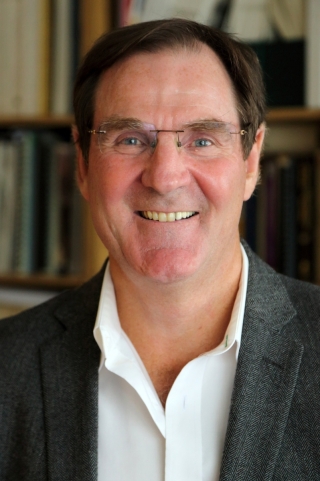 Dr. Alan Evans, a pioneering scientist who has helped map the human brain, has been awarded the Margolese National Brain Disorders Prize by the University of British Columbia. Dr. Evans is a researcher at the Montreal Neurological Institute and the James McGill Professor of Neurology and Neurosurgery, Psychiatry and Biomedical Engineering at McGill University.

Dr. Evans has redefined the role of neuroimaging by developing techniques and analytic tools that are now universally used. One of Dr. Evans’s signature achievements was creating the Montreal Neurological Institute-reference brain, the most frequently used spatial reference system for cataloguing structural and functional data for both normal and diseased brains. More recently, he co-led the “Big Brain Project,” in which scientists finely sliced a human brain into 7,400 wafer-thin sheets and then digitally reconstructed it. Because the resolution of the images approaches the cellular level, it will allow for deeper understanding of the brain’s anatomy and its pathophysiology.

His contributions have led to a standardization of neuroimaging techniques and tools, enabling reliable measures of brain function across various populations and thus making neuroimaging a much more clinically relevant research tool. He also has combined epidemiological and genetic data to develop biomarkers for early diagnosis of neurological and psychiatric diseases. His work has drawn more attention to the importance of brain science, and changed the way in which medical schools and graduate schools teach neuroanatomy.

The annual Margolese National Brain and Heart Disorders Prizes are awarded to Canadians, either in the country or living and working abroad, with the expectation that the recipients will continue their outstanding research focused on improving the lives of individuals with brain or heart disease. The recipients were chosen by an international panel of experts and a UBC committee chaired by Gavin Stuart, Dean of the Faculty of Medicine and UBC’s Vice Provost, Health.  In 2012, the prize was awarded to Dr. Guy Rouleau, the Director of the Montreal Neurological Institute.

The two $50,000 prizes were created by an estate gift to UBC by Leonard Hubert Margolese to recognize Canadians who have made outstanding contributions to the treatment, amelioration or cure of brain or heart disorders. Margolese, who died in 2000, was a Vancouver businessman who had a heart condition and whose brother had Alzheimer’s disease.