Resolution on the Passing of Emeritus Professor William C. Purdy (1930-2019) 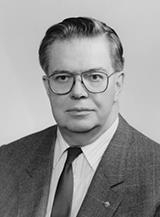 It is with great sadness that we share the news of the passing of Dr. William Crossley Purdy, Emeritus Professor in the Department of Chemistry, McGill University, on October 30, 2019, after a prolonged illness.

In 1976, Bill moved to Canada to become Professor of Analytical Chemistry in the Department of Chemistry at McGill. He retired in 2002 and, during his 26 years at McGill, he was appointed Sir William Macdonald Professor of Chemistry, and Associate Vice-Principal (Academic) (1986-91). His research mainly focused on clinical analytical chemistry involving electrochemistry, electrophoresis, high-pressure liquid chromatography and atomic absorption spectroscopy. He directed the research of 23 M.Sc. and 49 Ph.D. students, and published over 200 peer-reviewed papers, with over a 100 of them reporting his work at McGill. He is also known as an author of an important monograph “Electroanalytical Methods in Biochemistry”.

Bill was the recipient of several prestigious awards from the American Association of Clinical Chemistry and Canadian Society of Clinical Chemistry. He was named as a Fellow of the Chemical Institute of Canada, the Royal Society of Chemistry (U.K.), and was the founding member of the National Academy of Clinical Biochemistry. We extend heartfelt condolences at this difficult time to his wife of 66 years, Myrna (affectionally known as Chris); his three remaining children Scott, Lisa and Lori; and his five grandchildren. Bill will be sorely missed by his many friends and scientific colleagues throughout the world.