Resolution of the Passing of Emeritus Professor Mario Onyszchuk (1930–2021) 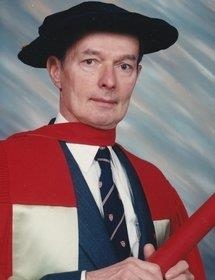 With heavy hearts we announce the passing of Professor Mario Onyszchuk on January 1, 2021. Mario was born in 1930 near Lviv in Poland, now a part of Ukraine. He grew up in Montreal, earned a BSc in Chemistry from McGill University in 1951, an MSc from U Western Ontario (1952; C. Sivertz) and a PhD from McGill under Carl Winkler (1954). He then moved to England where he received a second PhD from the University of Cambridge in 1956 (H.J. Emeléus). By this time, Mario had decided on a teaching-research career, and returned to McGill as a lecturer, ultimately earning tenure, and full professorship. He was appointed Professor Emeritus by McGill upon his retirement in 1993.

During his years as professor at McGill, Dr. Onyszchuk taught thousands of students in general and inorganic chemistry courses. In his research laboratory, he trained 5 M.Sc. and 12 Ph.D. students and a number of post-doctoral researchers. He built up an international reputation in the coordination chemistry of group 4 elements publishing over 70 peer-reviewed papers. He was named a Fellow of the Chemical Institute of Canada and the Royal Society of Chemistry (UK).

In addition to his achievements in research, Mario was an extraordinary contributor to the life of this University. He served for six years as Chair of his Department (1979-84), and four years as Associate Dean. Even after retiring, he continued serving the department, promoting the younger faculty for various award nominations. All those who knew Mario will concur that he gave of himself far beyond the normal call of duty. A kind and true gentleman, he set many examples of hard work, kindness and generosity, providing advice, help and support to his colleagues.

He was preceded in death by his wife of 61 years Anastasia (Nancy) Onyszchuk, and by his son Ivan. He is survived by sons Tim and Greg, and grandsons Ethan and Zachary. We will miss him dearly and will always talk of him with great affection.