"Report on the State of Resources Provided to Support Scholars Against Harassment, Trolling, and Doxxing While Doing Public Media Work," a report by Dr. Alex Ketchum 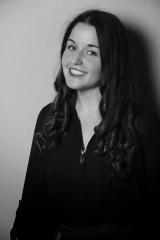 The following is an excerpt from the report written by Dr. Alex Ketchum. The full report can be found here and a PDF copy of the report is available at https://publicscholarshipandmediawork.blogspot.com/p/report.html

This research project does not exist in order to shame any specific institutions. Rather, this project seeks to encourage universities to create policies and protocols in order to support their scholars who are doing media work and who may experience harassment. It is our wish that Media Relations Offices across Canada can establish a set of guidelines, resources, and policies, which can be customized on the needs of each university and scholar. The end of this report has suggestions for policies, protocols, and workshops.