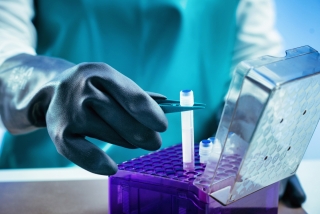 The Fonds de recherche du Québec (FRQ) and Genome Québec today announced the launch of the Québec COVID-19 Biobank, a Province-wide initiative to enable the collection, storage and sharing of samples and data related to the COVID-19 crisis. The task force that has been mobilized to take on this role is led by McGill University’s Dr. Vincent Mooser, with additional medical and scientific expertise from McGill and several other Quebec institutions. The Biobank will begin operations on April 1, 2020.

More research is critical to better understand COVID-19 infection and transmission, to identify at-risk individuals and protect them, to improve treatment of this disease and for hospitals to be able to decide who will need admission and ventilation. This type of research requires samples and data from infected individuals. All such data collection must take place in an appropriate legal and ethical framework that fully respects the privacy of individual patients.

The decision made by FRQ to create a Québec-wide Biobank for COVID is due to the importance of acting quickly to curb the spread of the disease. This extremely complex task will require the coordination of disparate data systems, the establishment of new standard operating procedures, and the securing of physical and digital infrastructure. All of this needs to take place in an extremely compressed period of time and during intense pressure on healthcare systems.

“Having access to high-quality data and samples is a fundamental necessity to respond to the COVID-19 crisis,” said Dr. Vincent Mooser, from the McGill Genome Centre and Department of Human Genetics at McGill University and Chair of the Biobank Task Force. “Assembling this network is a vital task in order to meet the primary needs of the Quebec health community and to build up national and international collaborations, so that we all can find effective treatments and vaccines against this lethal contagion.”

“The Biobank will help catalyze and facilitate the coordination of research on COVID-19 not only in Quebec, but nationally and internationally,” said Rémi Quirion, Chief Scientist of Quebec and Chair of the FRQ. “The Biobank will also stimulate precision health research at an unprecedented scale in Quebec, which in turn will support health, research, and innovation throughout the Province.”

To meet its primary objective, and as a matter of extreme urgency, the Quebec Biobank for COVID-19 will capitalize on the existing infrastructures and strengths in the Province, more specifically:

Fonds de recherche du Québec, which report to the Québec Minister of Economy and Innovation, are tasked with nurturing the strategic and coherent development of research in Québec, funding Québec research and researcher training, creating partnerships that will enable them to fulfill their mission, and promoting and supporting knowledge mobilization. To learn