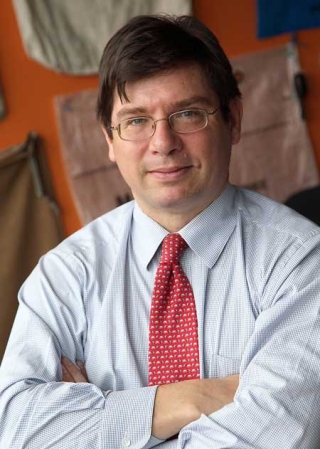 The Faculty of Law is pleased to announce that Professor François Crépeau, O.C., O.Q., F.R.S.C., Ad. E., has been appointed officer of the Ordre national du Québec. He will be handed his medal by Premier François Legault during a ceremony at the National Assembly on 22 June.

Admission to the Ordre national du Québec is the highest distinction conferred by the provincial government. Members are eminent individuals who, through their achievements, values, and ideals, have influenced Quebec’s growth and contributed to its renown.

François Crépeau is a full professor, and the holder of the Hans & Tamar Oppenheimer Chair in Public International Law since he joined the Faculty of Law in 2008. He was the director of the Centre for Human Rights and Legal Pluralism from 2015 to 2020. Professor Crépeau is a member of the Scientific Committee of the Agency for Fundamental Rights of the European Union and of the Advisory Committee of the International Migration Initiative of the Open Society Foundations (NY). He chairs the thematic working group on migrant rights and integration in host communities of KNOMAD - Global Knowledge Partnership on Migration and Development, established by the World Bank Group (Washington, DC). He serves on the board of directors of the International Bureau for Children’s Rights (Montreal).

Professor Crépeau is an officer of the Order of Canada (2017), a fellow of the Royal Society of Canada (2012), a past fellow of the Pierre Elliott Trudeau Foundation (2008-2011), recipient of a doctorate honoris causa of the Université de Clermont-Auvergne (France, 2018), and an advocate emeritus of the Barreau du Québec (2013).

“I am thrilled to see this new recognition of Professor Crépeau’s impactful scholarship, and of his contribution towards building a more just global community,” said Dean Robert Leckey. “His staunch commitment to the timely issue of migrants rights strongly exemplifies McGill Law’s dedication to providing legal leadership for global challenges.”

Watch the ceremony live on the website of the Ordre national du Québec on 22 June at 2 p.m.: https://www.ordre-national.gouv.qc.ca/index.asp