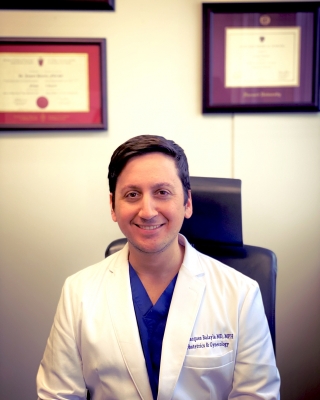 It’s been nearly seven years since the world’s first successful birth after a human womb transplant. Since that medical milestone, the experimental procedure has seen such significant clinical advances that over 60 uterus transplants have been performed in women across the globe, resulting in at least 18 live births.

Now a new publication in the journal Bioethics makes the case that research trials should consider including transgender women in this evolving fertility frontier, not just genetic women – that is, people with XX chromosomes.

“There isn’t an ethical reason why they should be denied access to the procedure,” said Dr. Jacques Balayla, an obstetrician-gynecologist and clinician scientist at McGill University who was the lead author for the paper published Feb. 20. The idea of transgender women carrying pregnancies is a paradigm-altering concept that would surely lead to religious and social objections. But Balayla notes that physicians were accused of “playing God” when in-vitro fertilization and similar procedures to promote pregnancy ramped up decades ago.

During a recent interview, Balayla said he and his four co-authors believe that transgender women should have the opportunity to experience pregnancy regardless of the circumstance of their birth.

“A woman who is born without a uterus and a man who transitions into a woman because of gender dysphoria have a similar claim to maternity if we consider them to have equivalent rights to fulfill the reproductive potential of their gender,” Balayla said. “And I think that we should.”

While still theoretical, it appears that implantation of a donated uterus and gestation in the body of a transgender individual should pose no physiological barrier if various conditions are met, according to Balayla.

The motivation behind the new paper is to provoke conversations and raise awareness about the potential for uterus transplants among the transgender population. Balayla hopes to pave the way for an in-depth ethical framework assessing what circumstances should be met for those seeking the procedure.

This most recent paper expands on “The Montreal Criteria for the Ethical Feasibility of Uterine Transplantation,” an ethical framework published in 2012 designed to assess whether a woman could be considered a transplant candidate. That list of criteria stated that a uterus recipient should be a “genetic female of reproductive age.” Balayla is the primary investigator of the “Montreal Criteria”, which were developed at McGill and adopted as an international standard at the time, paving the way for the first successful human trials of uterine transplantation in medical history.

The new paper proposes added bioethical considerations for transgender individuals: They should expect to be able to share “normative experiences” enjoyed by others, those with gender dysphoria could feel physiologically complete with this transplanted reproductive organ, and a thorough examination of the medical risks must be done.

Balayla believes the time has arrived to advance a rights-based ethical framework for transgender women due to successes the medical community has achieved in recent years developing pregnancies, achieving safe births, and preventing graft rejection among uterus transplant recipients.

As transgender rights gain increasing mainstream acceptance, the political and social environment could also be ripe for broadening the scope of the surgical innovation. The paper suggests a transgender woman could possibly undergo a uterus transplant sometime in the future if an ethical framework is absorbed into clinical practice and research trials demonstrate the safety and success of uterus transplantation in this population.