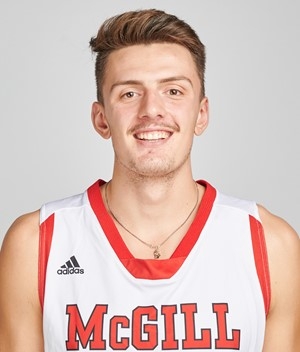 First-year Bachelor of Commerce Haris Elezovic helped the McGill Redbirds win this year’s Quebec men’s basketball championship, and was named to U Sports All-Rookie team for his efforts. In his first year with the team, Elezovic averaged 11.2 points and 7.4 rebounds per game, and was the only player from a Quebec university to earn the All-Rookie honour.