Exhibition | Since You’ve Been Gone 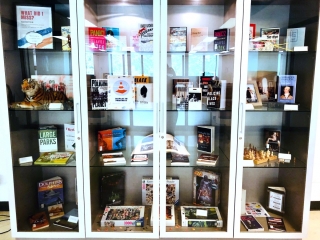 On Friday, March 13, 2020, many of us left campus unsure of when we would be back. Only a day later the Premier of Quebec, François Legault, announced the province had entered a public health emergency set to last only ten days.

The McGill Library closed its doors over the weekend and began shifting to remote services. In the early days of the pandemic there was a lot of confusion and uncertainty. There was a lot of fear. But from that fear a light emerged, and people came together (albeit apart) to form new and resilient communities.

This exhibition showcases just some of the things that happened since you’ve been gone.