The Greening of Canadian Campuses 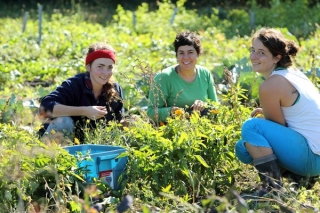 "Sustainability has become more than a fashionable buzzword on Canadian campuses; it has become enshrined both in university policy and in daily student life. McGill’s Sustainability Projects Fund, for example, imposes a student fee of 50 Canadian cents per credit that is matched by the university.

“That’s an amazing level of support at a time of economic hardship when everyone is cutting back,” said Martin Krayer von Krauss, manager of the McGill Office of Sustainability. “Students stepped up and put their own money into it.”

“There is a general sense that as one of Canada’s leading universities, we have a responsibility,” he said. “Manifesting excellence means finding solutions to Canada’s most pressing problems.”"