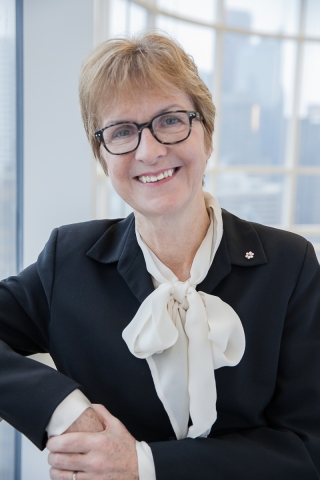 "From embryos to stem cells to personalized medicine"

Internationally renowned developmental biologist Dr. Janet Rossant is the winner of the 2016 Friesen International Prize in Health Research and will deliver the annual Friesen Lecture at McGill. Her research has demonstrated the origin of cells in the early embryo that can give rise to all tissues and the entire body of an intact animal, as well as the cells that give rise to the placenta. This fundamental research informed the development of human pluripotent stem cells that have the potential to treat devastating degenerative diseases.

Born in Chatham, Kent (UK), Rossant obtained a BA at Oxford University and PhD at Cambridge University. She joined the professoriate at Brock University in 1977 and in 1985 came to the University of Toronto, first at the Lunenfeld-Tanenbaum Research Institute at Mount Sinai Hospital and from 2005 at the Hospital for Sick Children. Dr. Rossant is the consummate educator and as University Professor in the Department of Molecular Genetics at the University of Toronto, she supervised dozens of graduate and postgraduate students, who now populate many senior academic and administrative positions in Canada and abroad. She also led the formation of the Collaborative Program in Developmental Biology at the University of Toronto. She and her collaborating progeny have published over 384 peer-reviewed articles in top journals.

Dr. Rossant’s organizational and leadership skills, as Chief of Research of the Research Institute, the Hospital for Sick Children (2005 – 2015) spearheaded an integrated vision of scientific discovery, clinical application and population impact as applied to the health of children here and around the world. Contemporaneously, she directed the Ontario Stem Cell Initiative and served as Scientific Director of the Ontario Institute of Regenerative Medicine. In May 2016, she will become the President and Scientific Director of the Gairdner Foundation.

Dr. Rossant has received many distinctions including four Honorary Degrees, Fellowships in the Royal Society of London and Canada, 15 major national and international prizes, including Companion of the Order of Canada, the Michael Smith Prize, the Killam Prize and the Canada Gairdner Wightman Award.

ABOUT THE FRIESEN PRIZE

The Friesen Prize, established in 2005 by the Friends of Canadian Institutes of Health Research (FCIHR) recognizes exceptional innovation by a visionary health leader of international stature. The $35,000 Friesen Prize is awarded annually.