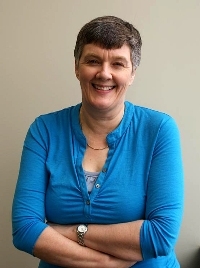 Dr. Christina Wolfson, Professor in the Department of Medicine and in the Department of Epidemiology and Biostatistics and Occupational Health, has been appointed McGill’s new Deputy Research Integrity Officer, commencing on January 1, 2016. Effective June 1, 2016, Dr. Wolfson will become McGill’s Research Integrity Officer for a three-year term, ending May 31, 2019.

A McGill alumna, Dr. Wolfson brings a wealth of knowledge to her new post, including diverse academic expertise in epidemiology, neuroscience, geriatrics, and biostatistics. Dr. Wolfson also brings nearly 20 years' experience in progressively more responsible roles in management at the University and its affiliated hospitals, as well as in the Canadian research community.

She is one of three principal investigators on the Canadian Longitudinal Study on Aging (CLSA), a 20-year study of 50,000 participants in which she leads the Neurological Conditions Initiative and the Veterans’ Health Initiative and serves as the Director of the CLSA Statistical Analysis Centre.  She is the co-principal investigator on a recently completed multiple sclerosis risk factor study conducted concurrently in Canada, Italy, Norway, Sweden and Serbia.

Among her many honours, Dr. Wolfson was on the Faculty Honours List for Educational Excellence in the Faculty of Medicine in 2015 and she received in 2014-2015 an Award for Teaching Excellence in recognition of exceptional contributions to the Department of Epidemiology, Biostatistics & Occupational Health. She was also the recipient of the 2015 Paul Stelmach Award and  Wendell and Margaret Laidley Fellowship from the  Royal Victoria Hospital Foundation.

Please join Research and International Relations in enthusiastically welcoming Dr. Wolfson to her new roles as Deputy RIO and then RIO at McGill.