A conversation with Dr. Mary-Claire King, pioneering geneticist and winner of the 2021 Canada Gairdner International Award 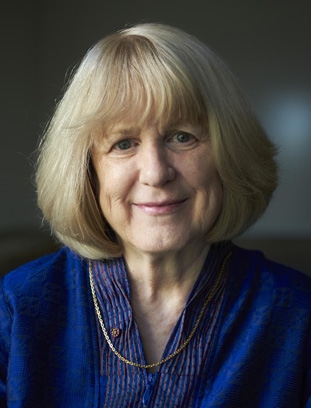 Research + Innovation invites you to a virtual conversation with Dr. Mary-Claire King, winner of the 2021 Canada Gairdner International Award, on Tuesday, October 26 at 4:00 p.m. EDT.

The event will be moderated by by Dr. William Foulkes, a James McGill Professor in the Departments of Medicine, Oncology and Human Genetics, and Professor Martha Crago, Vice-Principal, Research and Innovation. Questions from the audience will be taken via the chat feature.

In awarding her the National Medal of Science in 2016, former President Barack Obama said, "Mary-Claire King discovered a single gene that predisposes women to breast cancer, and that discovery has empowered women and their doctors with science to better understand the choices that they make when it comes to their health and their future.”

In conversation, Drs. King, Foulkes and Crago will explore topics relevant to Dr. King's wide-ranging career as a "citizen-scientist," including her pioneering cancer genetics discoveries for inherited ovarian and breast cancers as well as her earlier work on the molecular similarities between chimps and humans and her commitment to the development of DNA sequencing for the identification of victims of human rights violations.

The Canada Gairdner Awards promote a strong culture of research and innovation across Canada through outreach programs, including lectures and research symposia. International Awards are given to outstanding biomedical scientists who have made original contributions to medicine resulting in an increased understanding of human biology and disease.

A l​​​​​​ink for the online lecture will be sent to registrants in advance.

Mary-Claire King is an American Cancer Society Professor in the Departments of Medicine and Genome Sciences at the University of Washington School of Medicine, in Seattle, Washington. She is also an Affiliate Member of the Fred Hutchinson Cancer Research Center.

Dr. King won the 2021 Canada Gairdner International Award for transforming cancer genetics and oncology with the first report of convincing evidence for mendelian inheritance of susceptibility to breast cancer. She named this gene BRCA1.

Her passion for gene discovery integrated tools from genetics, statistics, mathematics, epidemiology, molecular biology, genomics and clinical medicine. Her revolutionary approach to gene discovery has had an impact on many other diseases, ranging from prostate cancer to inherited hearing loss to schizophrenia.

William Foulkes is a James McGill Professor of Medicine, Human Genetics and Oncology at McGill University. He is head of the Cancer Genetics Laboratory at the Lady Davis Institute for Medical Research and a member of the Cancer Research Program at the Research Institute of the MUHC. In 2020, he was awarded the Wilder-Penfield prize from the government of Quebec for his work on inherited susceptibility to cancer. He is a clinician, who has been in charge of clinical cancer genetics at McGill-affiliated hospitals since 1996.

Martha Crago is McGill University’s Vice-Principal (Research and Innovation) and Chair of the Governing Council of the Social Sciences and Humanities Research Council (SSHRC). In 2016, the Minister of Science of Canada selected her to be a member of Canada’s Fundamental Science Review. Professor Crago was named a Chevalier dans l'ordre des palmes académiques by the French government and, in 2017, she was appointed a Member of the Order of Canada. Dr. Crago comes from a family that has been affected by BRCA1 across at least four generations.