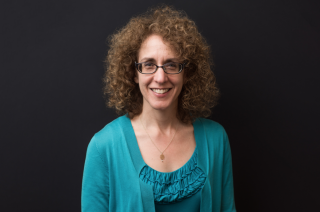 Professor Kaspi was awarded the Bakerian Medal in 2021 for her research focused on neutron stars and their utility for constraining basic physics, as well as for landmark discoveries on magnetars, the most highly magnetized neutron stars known. More recently, she has begun to study Fast Radio Bursts (FRBs). FRBs are short (few millisecond) bursts of radio waves observed from cosmological distances. Their origin is presently unknown, yet their rate is many hundreds per sky per day, indicating a not-uncommon phenomenon in the Universe.

In this Lecture, Professor Kaspi will review the FRB field and present new results on FRBs from the digital transit radio telescope, the Canadian Hydrogen Intensity Mapping Experiment (CHIME).

The lecture will be broadcast live on Zoom and will be recorded (including a live Q&A). Advanced registration is required.

About the Bakerian Lecture Series

The Bakerian Lecture series is the premier lecture in physical sciences. The lectureship was established through a bequest by Henry Baker FRS (PDF) of £100 for 'an oration or discourse on such part of natural history or experimental philosophy, at such time and in such manner as the President and Council of the Society for the time being shall please to order and appoint'. The lecture series began in 1775. The medal is of silver gilt, is awarded annually and is accompanied by a gift of £10,000.